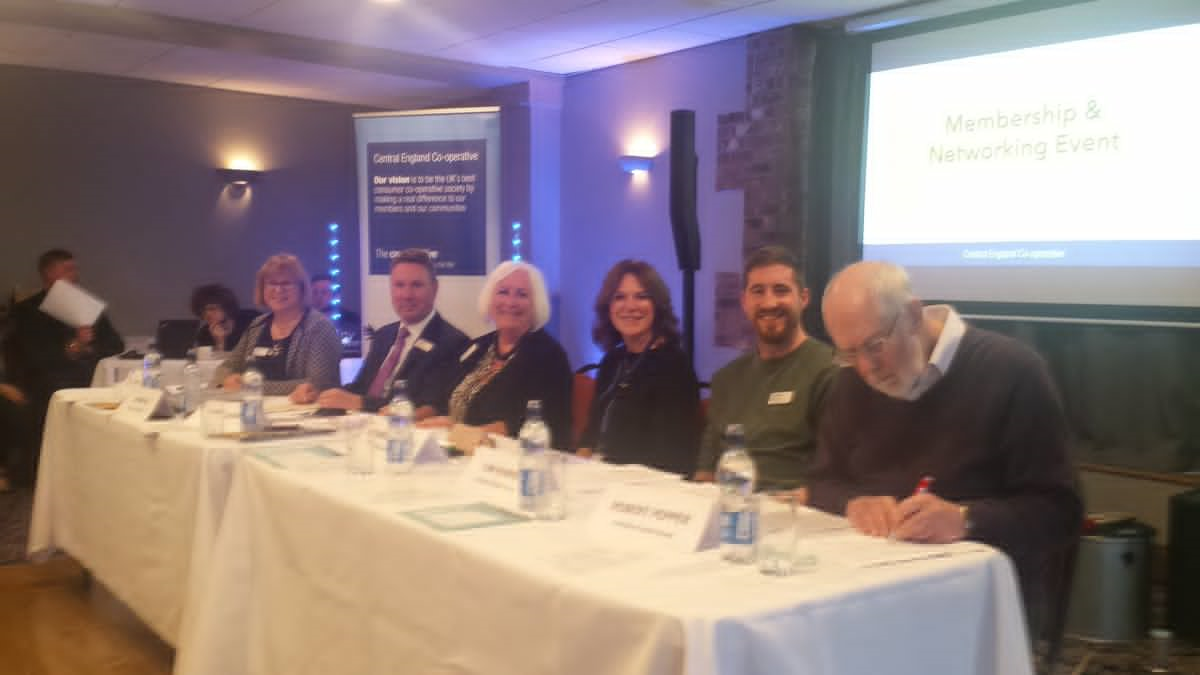 The Yorkshire Cluster Group held its Membership & Networking Event at the Huntsman on 7th May.  This was for the business to present its annual results and for the members to question the Directors and Chief Executive Officer, Debbie Robinson.  (in the picture from left to right: Tanya Noon, Member & Community Relations Officer; Jim Watts, Society Secretary; Elaine Dean, President; Debbie Robinson, CEO, Tom Robson, newly appointed Chair of the Group and Robert Pepper from the Group.

Speakers for the evening included: Simon Parkinson from the Co-operative College on Co-operative Adult Education, Helen Robinson from fairandfunky where the members enjoyed participating in a quiz to question their knowledge on plastics, we also received speakers from the Wooldale Allotment Association and the Wooldale Community Centre who had received grants.  Simone from Fareshare also attended and gave an update on the project they were doing and how it had now expanded into Yorkshire.