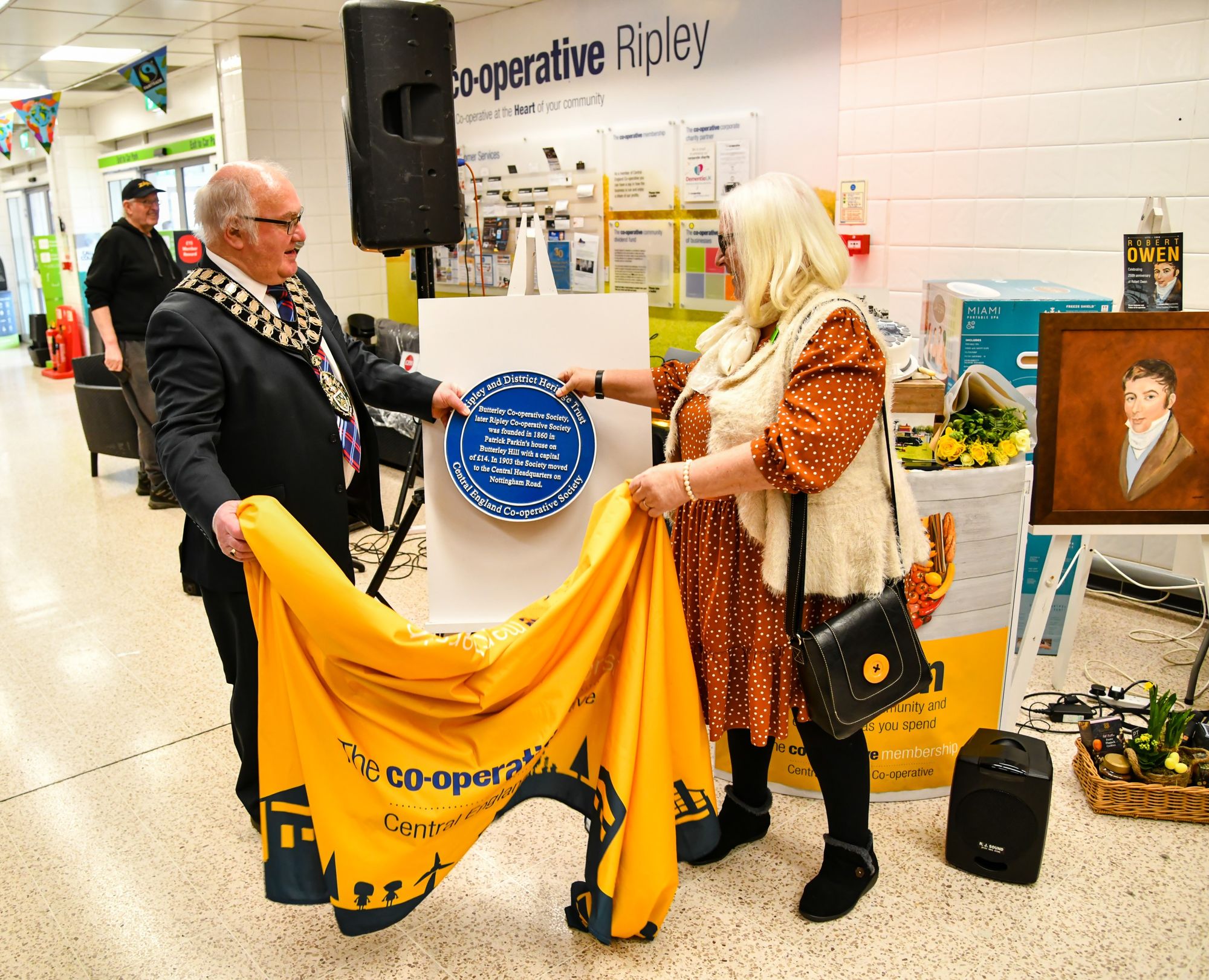 A ceremony has been held at Ripley’s Central England Co-op to unveil a special blue plaque which celebrates the town’s historic links to the co-operative movement.

The event was held at the Ripley Central England Co-op where the plaque will now be installed, and also doubled as a celebration of the food store’s 40 years in its current Derby Road home.

The production and funding of the plaque was organised by the Ripley and District Heritage Trust, and the Northern Membership and Community Council at Central England Co-op with members in attendance enjoying looking back at photos of the co-op in Ripley from over the years, as well as being able to sit in a vintage Ripley Co-op delivery van.

Elaine Dean said: “I was extremely honoured to be invited along to unveil the plaque in Ripley recognising the long and successful history of the co-operative movement in the town.

“As a Society we’re always proud to celebrate our history and our heritage and we’re pleased to be able to acknowledge the role that Butterley Co-operative and later Ripley Co-operative societies played in the area and the co-operative movement as a whole, as well as celebrate them in their current form as part of Central England Co-op by marking 40 years of the Derby Road store.”

The original premises was a house on Butterley Hill owned by Patrick Parkin and the store was started with a capital of £14. In 1903 the Society moved to the Central Headquarters on Nottingham Road, with the current retail store opening in Derby Road in 1981.

Tanya Noon, Member and Community Relations Officer at Central England Co-op, said: “The town of Ripley has an historic association to the Co-operative movement and has been a part of many people’s lives in Ripley for decades and I’m sure there are many ancestors of those pioneers who formed the Society still living in the area today.

“Therefore, we were delighted to support the Ripley and District Heritage Trust to unveil a blue plaque to recognise this history and it was wonderful to join with members to look back on some wonderful memories of co-operation in Ripley.”