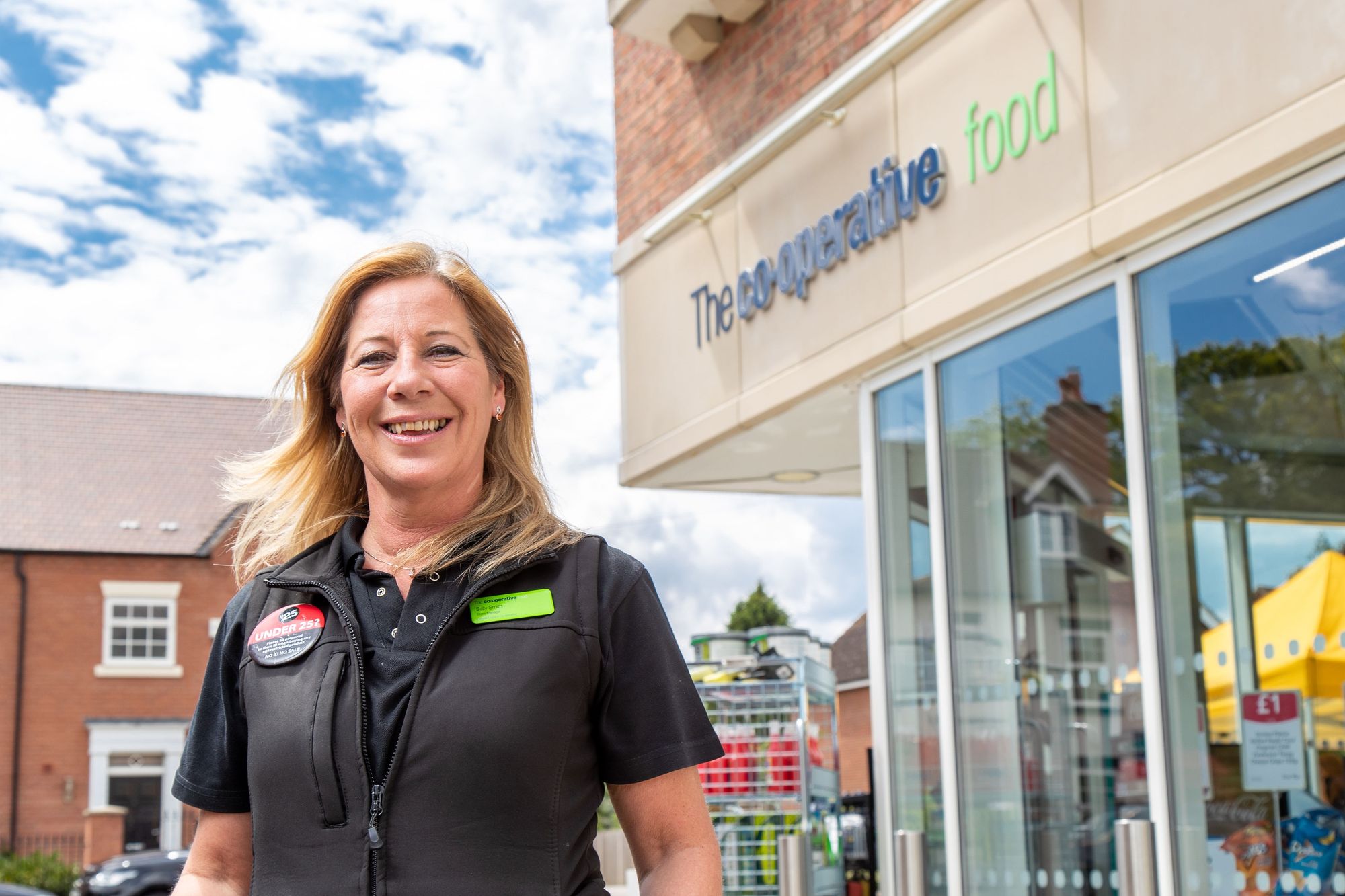 The manager of a village food store whose family remain pillars of the local community has spoken of her pride following the shop’s recent transformation after proving to be a lifeline to locals during these uncertain times.

Sally Smith moved to Quorn in Leicestershire when she was just one spending a happy childhood there being educated at St Bartholomew's C of E Primary School, attending Brownies and Guides, doing a paper round and working at the local pub.

The 51-year-old has been with Central England Co-op for 21 years working her way up from a part-time Customer Services Assistant to a Store Manager and moved to Leicester as her career with the retailer progressed.

However, her parents remained in the village where her dad ran the hardware shop, Quorn Home and Garden, from 1992 to 2005, and they are well-known faces in the local community.

Sally, who now lives in nearby Mountsorrel, jumped at the chance to lead the Loughborough Road store in Quorn when the opportunity arose in November last year and said she has loved every minute since taking on the challenge.

She said: “I have been lucky to work at some great stores within the Society since I began but most of these moves came about due to secondments. The Quorn role was the first I really sought out and applied for and I am so thrilled to be here in the village where I grew up.

“I have a lot of childhood friends still living within the village, as well as my parents and my brother. My family are really proud, and my mum was excited to tell the rest of the village when I got the role.

“It’s lovely seeing familiar faces coming into the store – Quorn is a big village but has a real community focus and is quite close-knit. I love being part of it again. I am passionate about community and charity and this is why working for Central England Co-op and coming back home to the community in Quorn has been such a natural fit.”

Since returning to the store last November, Sally and her team have been busy supporting local good causes such as Soar Valley Food Bank and Leicester Hospitals Charities as well as the Society’s corporate charity Dementia UK.

The Quorn Central England Co-op has now received a raft of updates after an investment of £108,000 to give it a fresher, lighter feel and to include several new ranges and features to boost its offering to the local community.

Sally said: “It has been a tough time for all the team, as it has been for everyone, so we have really been looking forward to the new product lines coming in and the new look and layout. We have had a lot of feedback already that the shop feels bigger and better which is great.”

Another new addition to the Loughborough Road store is a bicycle repair station and, as part of the relaunch following the makeover, cyclists were invited to check out the new facility and get their bike marked by the local police to help in the fight against bike theft.

The Loughborough Road Food Store is open every day from 7am-10pm. The store has a wide range of products from everyday necessities to something a little more special and also offers a lifesaving defibrillator, cash machine, Collect Plus/Paypoint, Lottery, instore bakery and a customer car park.

See photos from the day and of the changes here...