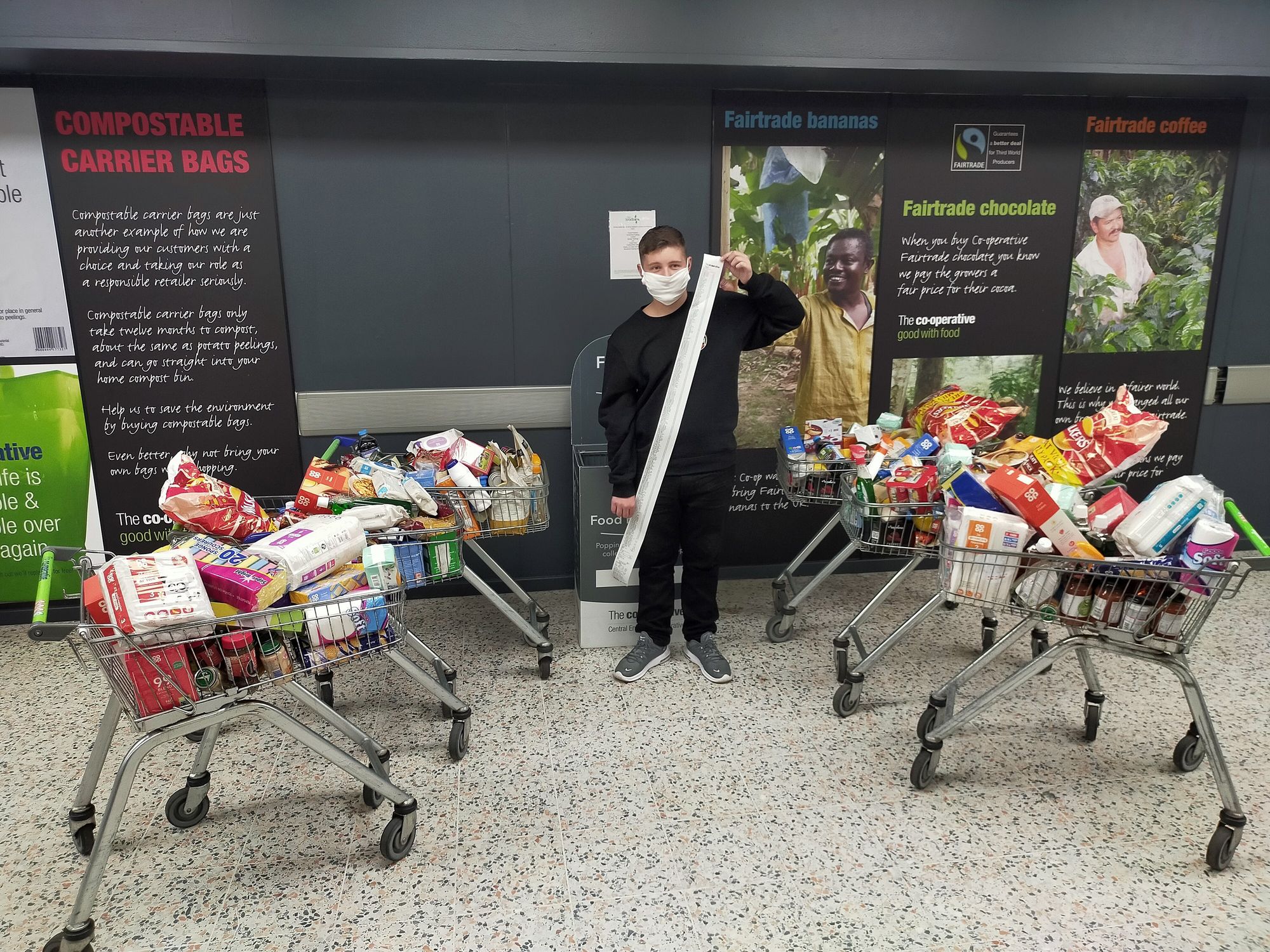 A Cromer teenager has put the disappointment of seeing a life-changing volunteering trip to Africa cancelled due to the Coronavirus pandemic behind him to support a cause close to home with an incredibly generous donation.

Sol Rivett, along with several classmates at Cromer Academy, had been set to jet off to Zanzibar in Tanzania this month after devoting much of his spare time over the last 12 months putting on events to fundraise for the trip.

However, due to the pandemic, the trip has been cancelled but despite the setback the 13-year-old was keen to do some good with the money raised to support people in his community.

Sol and his mum Jackie approached Central England Co-op in Middlebrook Way who had supported him to raise the funds for the trip, to see if he could do something for a cause important to the store team.

Jackie said: “Sol had been really looking forward to the trip and had really got his teeth into raising the funds for it. He had received great help from the team at Central England Co-op who really supported him by letting him hold raffles, tombola’s and even a Christmas market at the store.

“Therefore, he wanted to give something back to them in a way by doing something on their behalf by supporting Cromer Food Bank who they have a close relationship with and support in the store.

“Also, it was local people who came in and bought the raffle tickets, donated prizes to the raffles and tombola’s and supported the Christmas market so Sol wanted to do something that supported the local community, particularly in these tough times, so it was a no brainer to help the food bank really.

“We went to the store to do a shop for the food bank with the money raised and ended up with six trolleys full and had to go around the store a couple of times to do it – it was like Supermarket Sweep!

“The food bank was blown away by the donation. Apparently it was nearly a quarter of a tonne of goods when they weighed it out.”

Team Leader at Central England Co-op in Cromer Blain Price said he and the team were ‘over the moon’ that Sol had decided to support the food bank with the money raised for the trip.

He said: “We were delighted to support Sol to raise money for his trip. He and his mum Jackie are regular customers and it was a pleasure to help how we could.

“For Sol to want to use the money for the trip to support the food bank and link it with us is fantastic and we are over the moon.

“We are all passionate about supporting the food bank and have worked closely with them, particularly during the pandemic. It is lovely to see this sort of community co-operation and spirit in these uncertain times.”