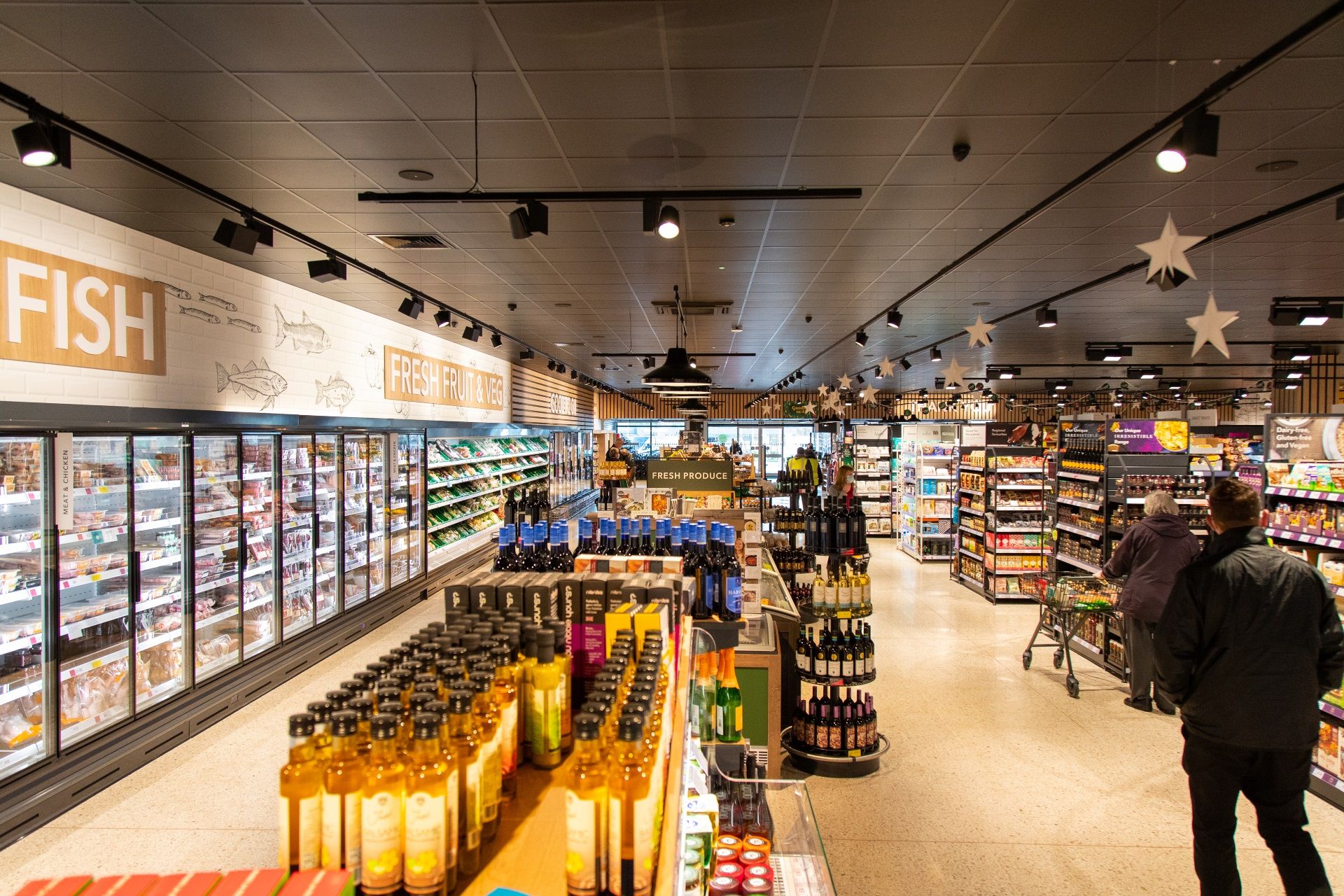 Lichfield-based Central England Co-op’s flagship Boley Park store has been recognised for its new design with two nominations at the 2021 Creative Retail Awards joining the likes of Harrods and Ralph Lauren on the shortlist.

The food store received a transformation as part of a £3 million project at the Boley Park site which has also seen a brand-new petrol filling station and car wash built, a redesigned car park and brand-new Coffee Shop open over the last 12 months.

The store saw a radical new design for the retailer and included numerous exciting features and firsts for Central England Co-op, including a special zero waste refill station and eco-friendly fridges that reduce carbon footprint by 60%.

The transformation was shortlisted at the 2021 Creative Retail Awards in two categories, Overall Store Collaboration Award and for the Best Shopfitting/Fit-out Award, where it is up against Harrods for its Beauty Hall.

Jamie Joyce, Store Manager at Boley Park, said: “All of the team here at Boley Park still can’t believe the transformation in the look and feel of the store. Thanks to the changes it has made us all really proud to open our doors every day to our great community in Lichfield.

“To see the project continuing to be recognised at such prestigious award ceremonies is a real boost for the team and reward for all the hard work that went into bringing this special project to life.”

The winners of the 2021 Creative Retail Awards will be announced at a glittering award ceremony at Proud Embankment in London on October 14.

The Boley Park transformation has also been shortlisted at the Grocery sector’s version of the Oscars, the Grocer Gold Awards, where it is up for Consumer Initiative of the Year category with the winners also decided next month.