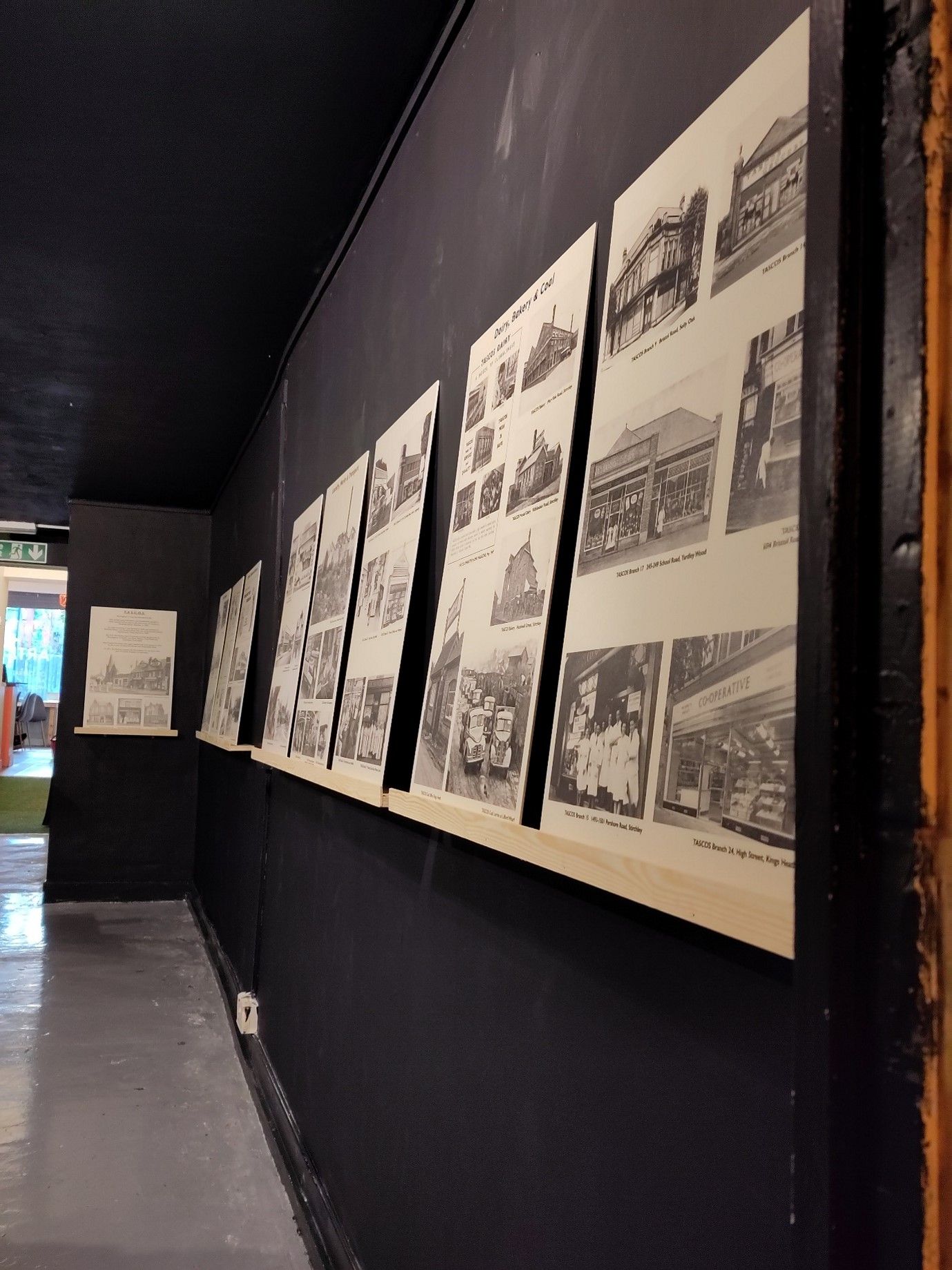 The Birmingham Co-op History Group have kindly provided specially printed boards with TASCOS information on them. TASCOS standing for Ten Acres and Stirchley Co-operative Society. TASCOS was based within five minutes’ walk of Artefact and those visiting the exhibition will enjoy learning of the Co-operative history within the local area. The Birmingham Co-op History Group will be hosting a special cake and coffee session on Saturday the 12thof November to

Another exhibition display were photos of current local co-ops along with information provided by these Co-ops. The information is provided by the Co-ops themselves and explores key themes and dilemmas do they face, such as their history and what challenges they face moving forward.

Artefact also commissioned professional artist and Artefact member Gugan Gill to produce a film about the history of the local co-operative community. Gugan delved deep into the archives to discover the history of Co-ops within Birmingham. She also interviewed Birmingham Co-op mainstays like Phil Beardmore as part of the project. The film was shown during the launch night and will be on rotation whilst Artefact is open until the exhibition closes on Saturday the 26th of November.