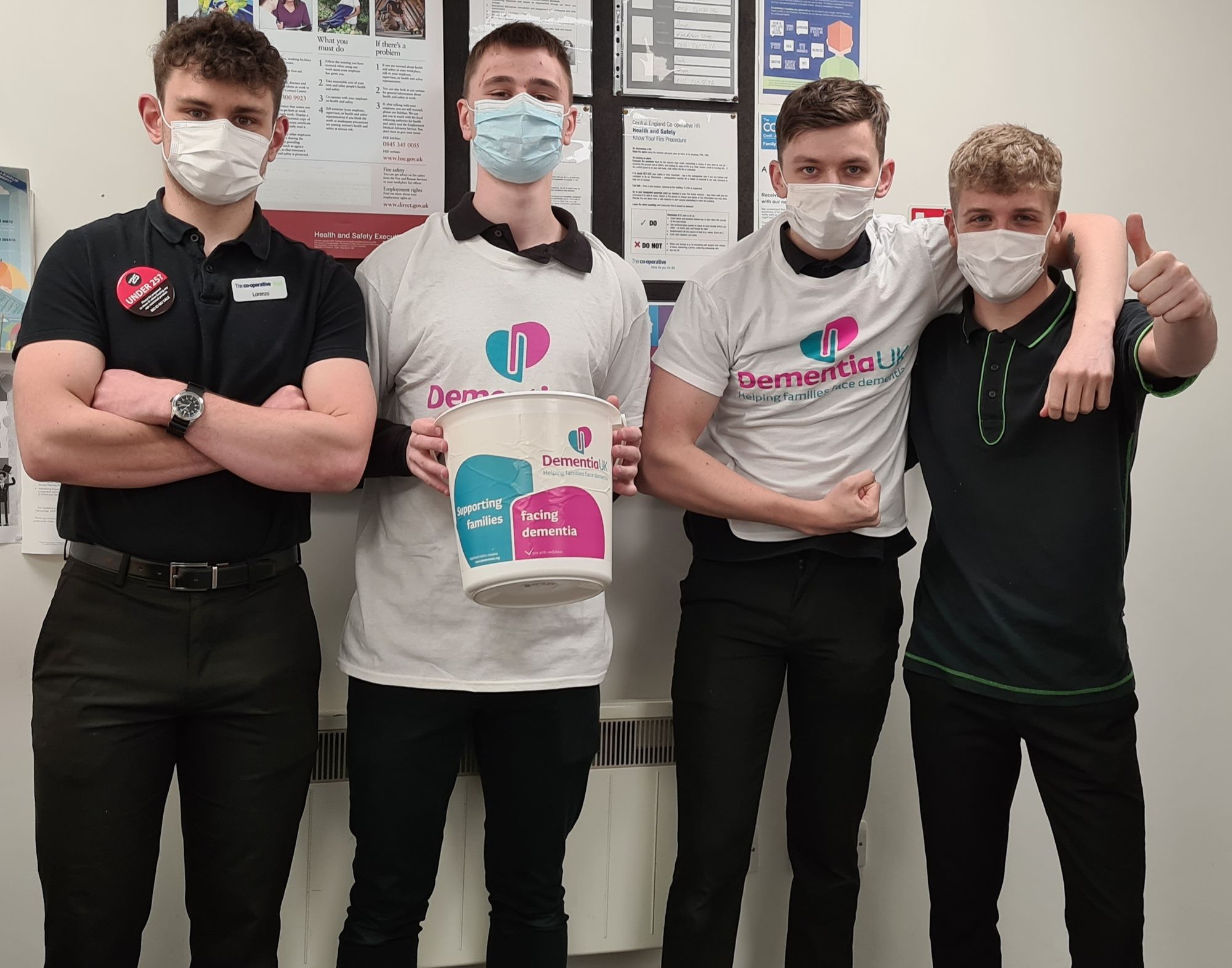 Four Co-op colleagues from Leicestershire are set to don their walking boots and take on one of Britain’s biggest challenges to help raise funds for a dementia charity.

Lorenzo Savi, Tom Medhurst, Sol Pugh and Luke Shaw are friends and colleagues based at Central England Co-op’s Fleckney food store and will soon be going out of their comfort zone all in the name of charity by taking on the Three Peaks Challenge.

The National Three Peaks Challenge involves climbing the three highest peaks of Scotland, England and Wales – Ben Nevis, Scafell Pike and Snowdon – all within a 24 period and a total walking distance of 23 miles (37km) and ascent of 3,064 metres (10,052ft).

On June 22, the foursome will be looking to do the impressive challenge in aid of Central England Co-op’s charity partner Dementia UK and team member Lorenzo said they were determined to complete the fearsome feat for such a great cause.

He said: “The four of us had been speaking for a while about doing something together to challenge ourselves and for a bit of fun and when we mentioned we were thinking about doing the three peaks to our store manager Karen she said why not do it for Dementia UK.

“We as a store are really active in fundraising for the charity and have raised a lot of money over the years. We thought it was a great idea and it has really given us an extra determination to do it, despite it being slightly out of our comfort zone.

“We are all quite fit and active, but this is very much going to push ourselves to the limit, but we wanted to do something that was a real test and will make us suffer to encourage people to support us and donate to the cause.

“We have had a lot of positive feedback and lots of customers and colleagues have already donated which is fantastic.

“I’m slightly apprehensive and I’m not sure we realise yet just how difficult a challenge it is, not just with scaling the peaks but also the driving in between each one and completing it within 24 hours but it will certainly be a great experience.”

Fleckney Central England Co-op Store Manager Karen Pollard said all the team at the High Street store were delighted that their four colleagues were taking on such a tough challenge for a cause they all love to support.

She said: “They are a really great bunch of lads and have been absolutely brilliant in trying to push the fundraising and raise as much money for they can for Dementia UK, who we have been really keen to support while they’ve been Central England Co-op’s charity partner.

“I wish the lads all the best of luck and look forward to seeing how they get on and I would like to thank them and everyone who has supported so far.”

Anyone who wishes to make a donation or follow their endeavours can visit their Just Giving page at https://www.justgiving.com/fundraising/fleckneycoop and they plan to host a Facebook Live broadcast from each summit to keep people updated on how it’s going.

Central England Co-op have been in partnership with Dementia UK for the last three and a half years and to date have donated over £1.5 million to support their vital work for families affected by dementia.