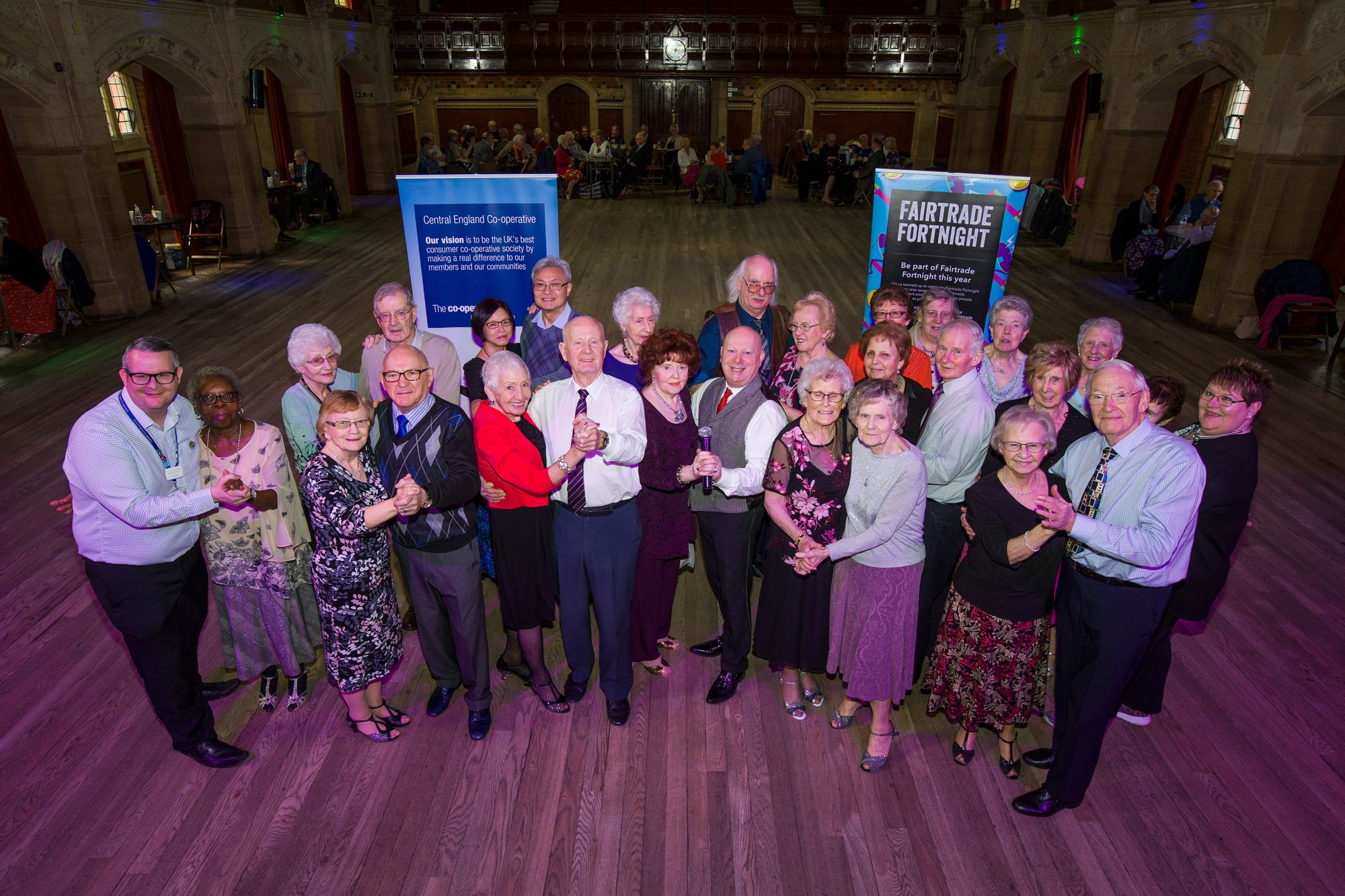 Central England Co-operative has joined together with its communities in West Midlands and Staffordshire to mark a special Fairtrade Fortnight with two weeks of activities.

Two special tea dances were held during the two weeks. In Burton on Trent Members from across the country gathered at the Town Hall for an afternoon of dancing and Fairtrade tea, coffee and cake.

Meanwhile, in Great Barr, Birmingham, colleagues from across Central England Co-op’s family of businesses hosted an intergenerational Fairtrade tea dance with local schoolchildren and elderly residents of a nearby sheltered housing complex coming together for a wonderful morning of dance, interaction and Fairtrade treats.

The retailer’s Western Membership and Community Council also marked Fairtrade Fortnight by donating Bala Play Fairtrade Footballs to Diamond Academy Football Club based in Handsworth Wood which provides opportunities for youngsters in the inner-city areas of the West Midlands to play football outside of school.

Among those schools and groups visited over the past two weeks were Lichfield’s 5th Minster Beavers, Silkmore Primary Academy in Stafford and Oldfields Hall Middle School in Uttoxeter.

James Knight, Member and Community Relations Officer at Central England Co-op, said: “2020 has been one of our best ever Fairtrade Fortnights and I’m confident we have really got people talking about Fairtrade and understanding its importance during its 25thanniversary year.