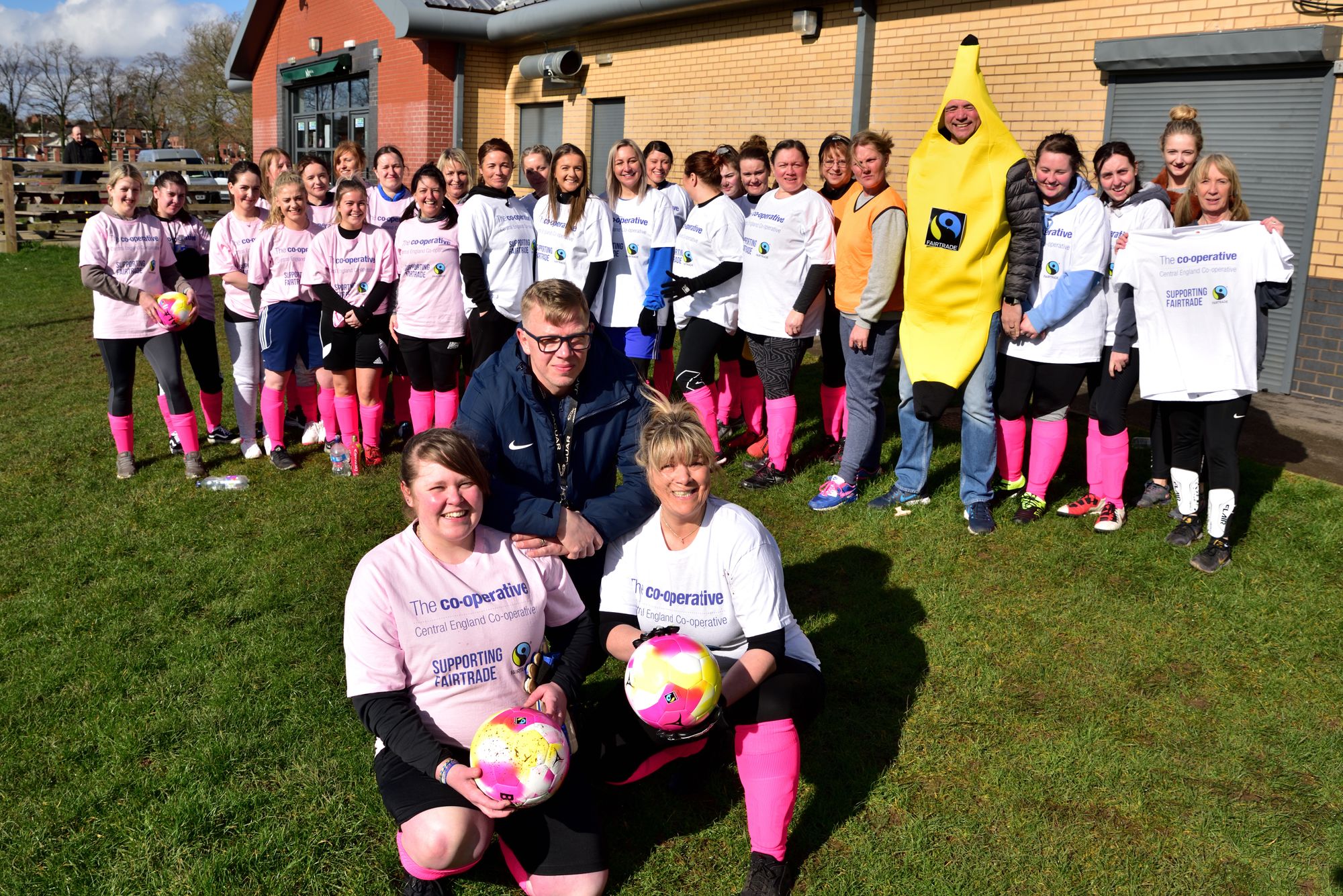 Central England Co-operative has joined together with its communities in Leicestershire and Northamptonshire to mark a special Fairtrade Fortnight with two weeks of activities.

In Leicester, the retailer’s Southern Membership and Community Council (MCC) held the first ‘Can’t Play Players’ women’s football match which saw Members and colleagues with little or no experience of playing the game take on the challenge to raise awareness and vital funds for the retailer’s corporate charity Dementia UK.

The matchball was a special Bala UK Fairtrade football and to thank the hosts AFC Andrews Football Club, the MCC donated 12 of the fairly traded footballs to the club’s youth set up.

The Society’s Membership and Community Relations Officer Karen Bevan, as well as colleagues and MCC Members, also delivered the Fairtrade message to hundreds of children through workshops, assemblies and special in-store ethical challenges.

Karen Bevan, Member and Community Relations Officer at Central England Co-op, said: “2020 has been one of our best ever Fairtrade Fortnights and I’m confident we have really got people talking about Fairtrade and understanding its importance during its 25thanniversary year.