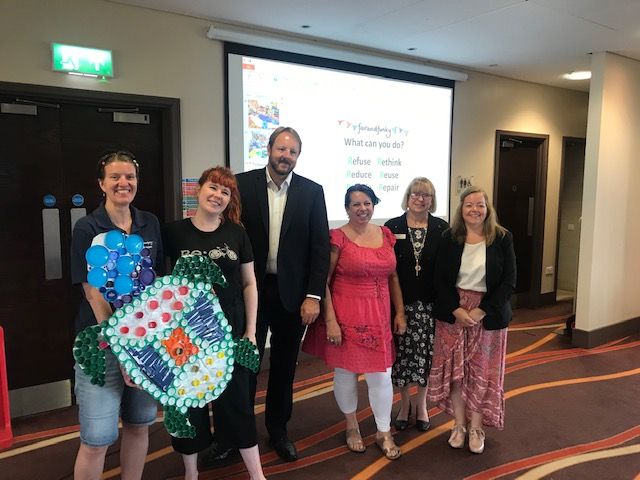 An update from Hope foodbank on the growing demand of food parcels and the issues around feeding people during the summer period and food waste.

The members were able to take part in a quiz about plastics which included finding out that Plastic was invented in 1866 by a man called Alexander Parkes and called Parkesine.  It was used to make buttons and combs, instead of using animal horns and turtle shells.