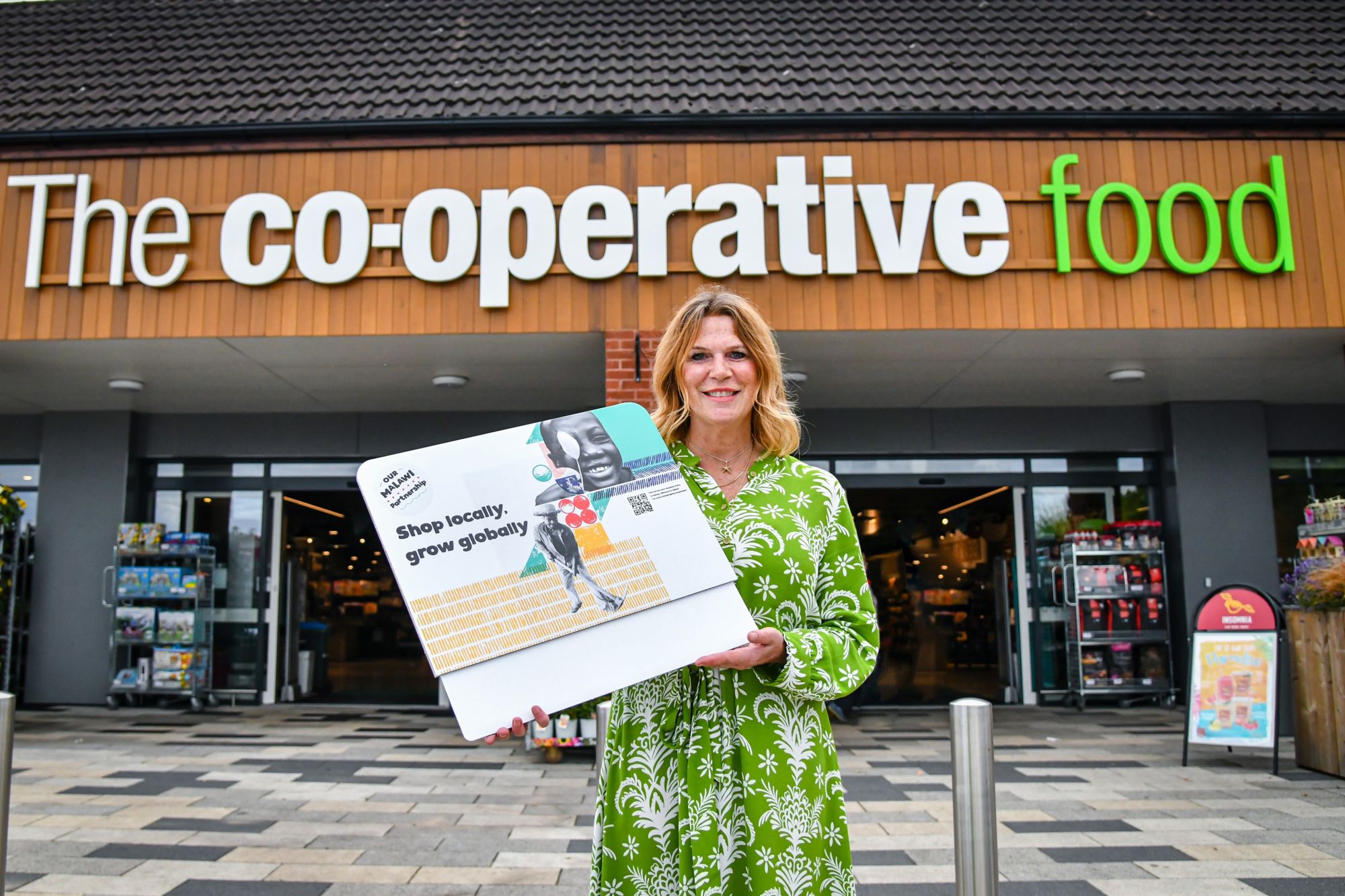 An exciting and unique initiative is set to be launched on the International Day of the Co-operatives this Saturday (July 2) which will make positive changes to communities around the world.

Led by Central England Co-op (CEC), in collaboration with Co-op College, the Co-operative International Trading Development Fund will make a transformative difference in some of the world’s poorest countries.

The first focus of the fund will be in Malawi. With its developing network of co-ops already in place Malawi is well placed to benefit from co-operative support.

Most growers are small-holders dependent on subsistence farming who make a living by producing crops which are vulnerable to changing weather patterns, especially drought.

A programme of support on the ground is being developed with the help of Co-op College and the Malawi Federation of Co-operatives (MAFECO) to help transform their trading capacity.

The new fund will be boosted by the sales of a special range of products from suppliers with trading or product links to Malawi, on sale from Saturday in CEC’s 260 plus stores, as well as from sales of the existing, popular Co-op Fairtrade range.

The in-store product display, featuring Malawi inspired artwork produced by Creative Co-op, will include products such as tea sold under the Revolver Co-op brand sourced from the Msuwadzi a Smallholder tea Association, located in the south of Malawi.

Other products available for the launch include Kilombero rice, supplied by JTS and macadamia nuts supplied by NutCellars, both of which are sourced from smallholder farms in Malawi.

The funds raised through the product sales will support workplans created from focus groups carried out on the ground with the Malawian co-ops. Key themes identified by the co-ops as priorities in the focus groups include climate change mitigation and being supported to become Fairtrade certified.

“I visited Malawi many years ago whilst doing work on Fairtrade and promised the people I met there that we’d do more.

“A co-operative principle has always been to focus on developing sustainable initiatives that strengthen community livelihoods and we’re so excited to be working with our co-operative partners, Co-op College and MAFECO to use this fund to make a real difference on the ground in Malawi.

“By buying from the special range of new products landing in our stores to mark the launch, as well as our existing Fairtrade range, contributions will be made to a truly transformative initiative that will help to move communities out of poverty.”

Dr Sarah Alldred, Head of International Partnerships at Co-operative College, said: “I’ve always felt extremely welcome in Malawi and the people I’ve met have been keen to share their stories and hopes for the future.

“The smallholder farmers I spoke with are all at different stages of their co-operative journey. Some are just now joining a co-operative and others have worked with MAFECO for years, but all of them are enthusiastic about the benefits that co-operative working can bring to them, their families, and their wider communities.

“The Malawi Partnership is a fantastic working example of Principle Six – Co-operation Among Co-operatives. It facilitates the sharing of knowledge and resources and most importantly it will allow small-holder farmers to improve their livelihoods for generations to come.

“We’re excited that the College’s long track record in International Co-operative Development, and our unique co-operative learning approach is helping to facilitate such an impactful co-operative development project.”

Paul Birch, CEO of Revolver Co-op, one of the suppliers supporting the initiative, said: “Malawi relies upon tobacco for 70% of its farming cash crops. Moving agriculture to a sustainable Co-operative model, promoting co-op values, reflecting international Fairtrade standards and switching production to crops that can both be consumed locally and export, are at the centre of the alliance between Central England Co-op, Co-op College and Revolver Co-op.

“Only through refocusing Malawi agriculture towards sustainable development goals, can we help transform Malawi’s economy and benefit it’s people.”

Tracy Mitchell, from JTS, suppliers of Kilombero Rice, said: "We are really pleased to be part of this exciting project to support co-operatives and farmers’ associations in Malawi and thrilled that our award-winning Kilombero rice will be available to Central England Co-operative customers.

“Not only does the rice taste great - and we’ve got Great Taste Awards to prove it - but it also delivers a significant difference to the growers, an association of smallholder farmers in the northern part of the country.

“Being part of this initiative will enhance the farmer associations’ ability to strengthen community livelihoods as they seek to bring the poorest out of poverty.”

As part of the launch, which is taking place at the end of the annual celebration for co-operatives, Co-op Fortnight, CEC has invited other UK co-operative societies to engage and support the new initiative as it looks to harness its potential even further.

Further information, case studies and ongoing updates on the ground in Malawi as the initiative develops can be found by following the links at www.centralengland.coop