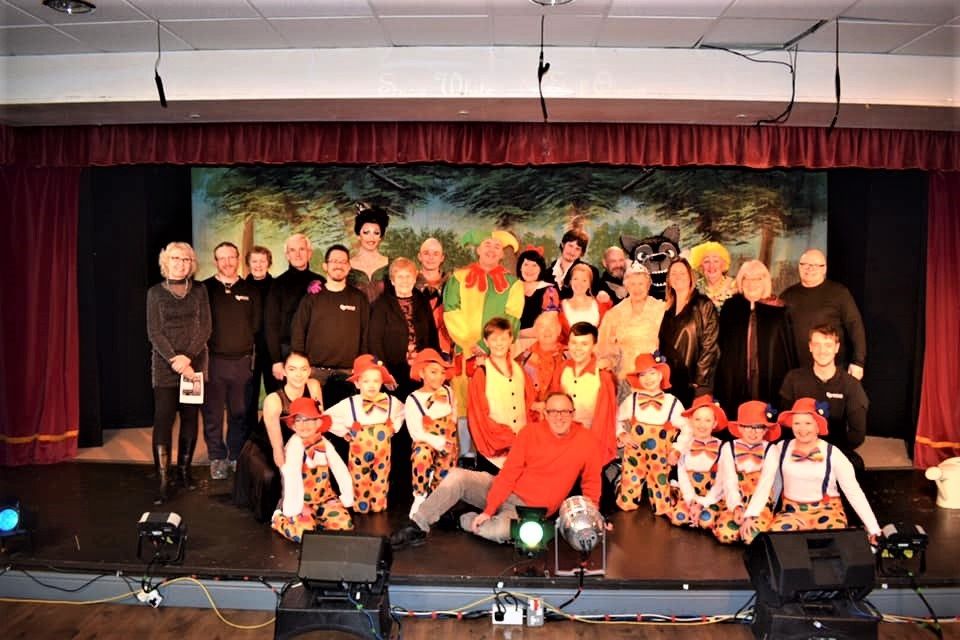 Like all UK amateur theatre societies, the months following the national lockdown in March 2020 were bleak. Although activities for the society members were maintained 'virtually' during this period, it was difficult to predict how many members would feel confident enough to return to the rehearsal room when restrictions were lifted.

At a time when the Ratae committee was beginning to plan ahead for gradual in-person meetings, Chris Boote of C.A.S.E. made contact to discuss the forthcoming Co-operative Living History Exhibition. This could not have been at a more opportune moment for Ratae Players. The Exhibition provided the society with a much-needed focus and energised its members, one of whom has been part of Ratae since its inception in 1949.

Our society has always been based in the centre of the city of Leicester. But with Leicester being the one UK city, which suffered the longest through national and local lockdown restrictions, it was likely that some Ratae members might not consider returning to the city when eventually permitted to do so. The Exhibition was based at Soft Touch Arts in the heart of the city and gave an incentive to those interested in our society, as well as the wider Co-operative movement, to come into the city. The Exhibition afforded networking opportunities for Ratae members to talk about not just their history, but their future plans to continue entertaining the people of Leicester.

An invitation was extended to Ratae members to become 'voice actors' to record the written memories people had submitted of their Co-op experiences. Many eagerly accepted the invitation, which gave them their first experience of performing for many months.

The display of Ratae’s memorabilia was a significant part of the Exhibition and its prominence attracted the interest of the many visitors and boosted an awareness of our society. The wall displays, video-clips, tablets and folders not only recounted Ratae’s long history, but, also, served as a much-needed marketing tool to assure people that Ratae had survived its long period of enforced closure. The number of people who attended the society’s Annual General Meeting, which was held shortly before the Exhibition closed, was higher than it had been for a long time and there were an encouraging number of new members.

Our heartfelt thanks must go to Chris Boote, who devoted an incalculable amount of time to scan and present Ratae’s seventy year’s of history to a much wider audience than we could ever envisage and set it in the context of the Leicestershire Co-operative movement.

Written by Adam Jones, Secretary for the Ratae Co-operative Players.