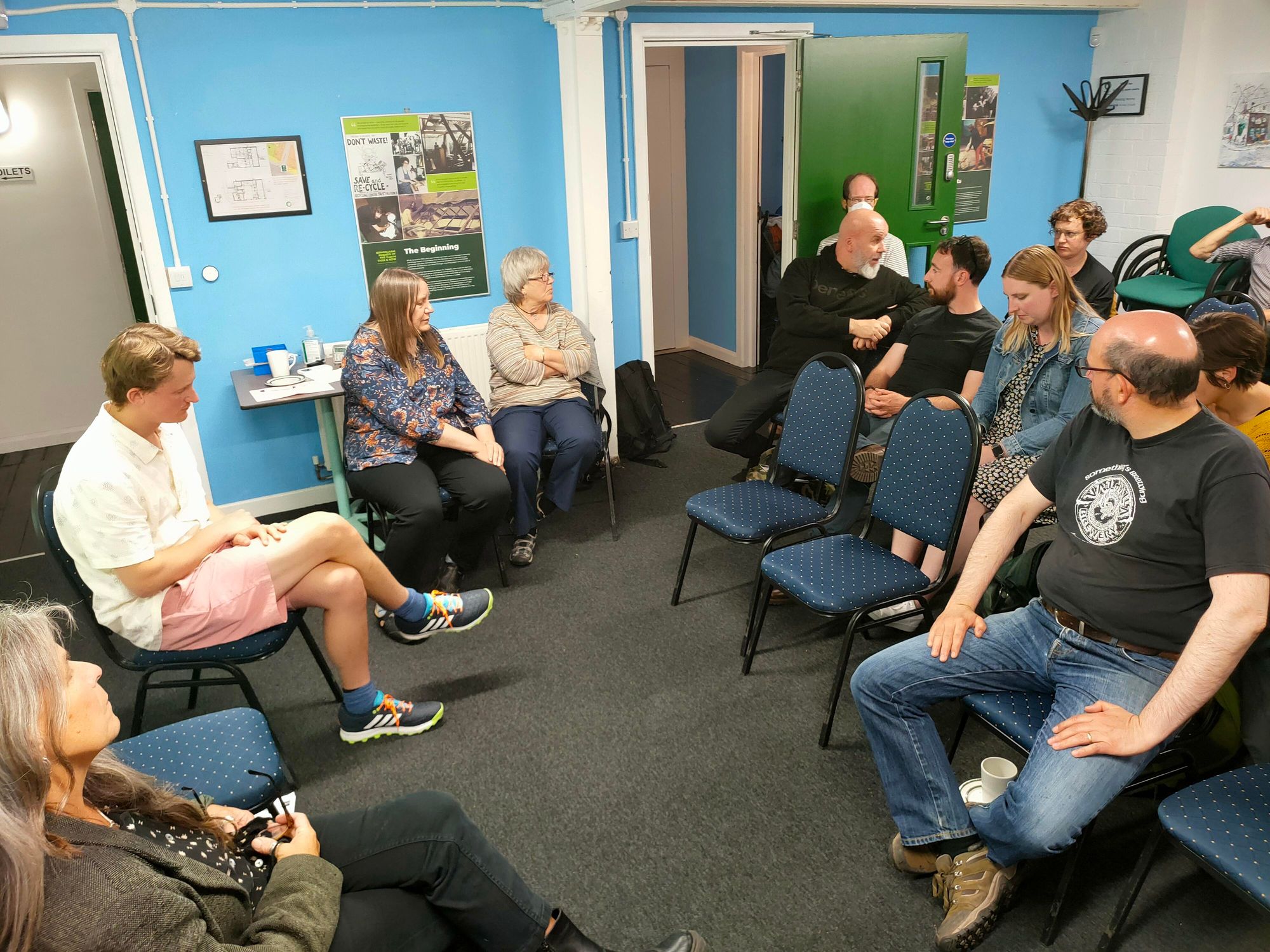 During Co-ops Fortnight this year the Co-op Film Club in Birmingham held their second Film Festival. Kate Palser of the Film Co-op writes about what took place during the two weeks.

Reflection on an undertaking like Just Film Festival is an important part of the whole process. Although the features have been screened and the prize winners notified, the Birmingham Film Co-op would like to share with you the special moments of the festival and a few opportunities which still remain.

If the opening documentary, “I am Belmaya”, enraptured its audience and captured the heart of what film making is about - sharing experiences, knowledge and hope - it also set the scene for the closing event, the short film competition.

Eyelashes of the exodus, our winning drama short, focuses on personal conscience and where we draw lines around ourselves for protection; thought provoking yet with beautiful comedic moments, judge Debbie Robinson, chief executive of Central England Co-operative commented: “Eyelashes of the Exodus was captivating from the very start and throughout the duration of the film. The storyline was emotive and engaging. The performance of the actresses and the cinematography was excellent.”

The standard of entries, sent in from four different continents, was exceptionally strong. Highly commended in this section was “Home/work”, whose creator Paris Selinas and his partner Thalia, one of the three actresses involved, joined audiences for the closing festival weekend. Re-imaging how we live and work together in the turmoil of covid, Debbie commented “I loved Home/Work due to its relevance... it really resonated with me. It was very cleverly captured by the documentary type filming style.”

First in the documentary category, “Total disaster” featured a collaborative environmental protest, showing us the creativity of the preparation, the humour and then the shock of both the action itself and the greed it was seeking to expose. The issue is very current, highlighting the impact of an oil pipeline being constructed across East Africa and the resulting ecological damage - readers can (and are urged to) find more details at www.stopeacop.net

A further highly commended documentary was the beautifully made “Mothertruckers”, showing the life of one of the small but growing number of women long distance heavy goods drivers. Giving scope for independence and imagination, the film used real footage interspersed with stunning animations to capture the sense of freedom and possibility that the main protagonist feels in her work.

Finalists selected from our film shorts will be available to view on the Justfilm website throughout September.

The ultimate full-length documentary of the festival, “On our doorstep”, with a question and answer session to follow, was another very special occasion. Director Thomas Laurance discussing this, his first full length feature, joined members of the film co-op, along with Liz and Jamil whose stories feature significantly in the film footage. Telling the story of the volunteers who went to help in the Calais Jungle and were changed by it forever, it generated lively discussion about the importance of showing this film more widely. By turn beautiful, inspiring and harrowing, it once again asked questions of us all as individuals - when governments fail, where does our responsibility as human beings lie?

Thomas and Liz explained the ongoing refugee crisis in Calais - no longer in camps with some sense of community, but isolated individuals homeless on the streets. Co-ordinating support for refugees, including the many unaccompanied children, is now being undertaken by Calais Appeal, providing practical support, protection for women experiencing violence and psycho-social support for families and children. Further details of this umbrella body and how to support its work can be found at calaisappeal.com.

And so the festival is over, but Birmingham Film co-op and it’s mission to show films on a theme of social justice continues. Voting has just started by members for its Autumn to Winter programme - you can check out the programme and future events at www.justfilm.coop.