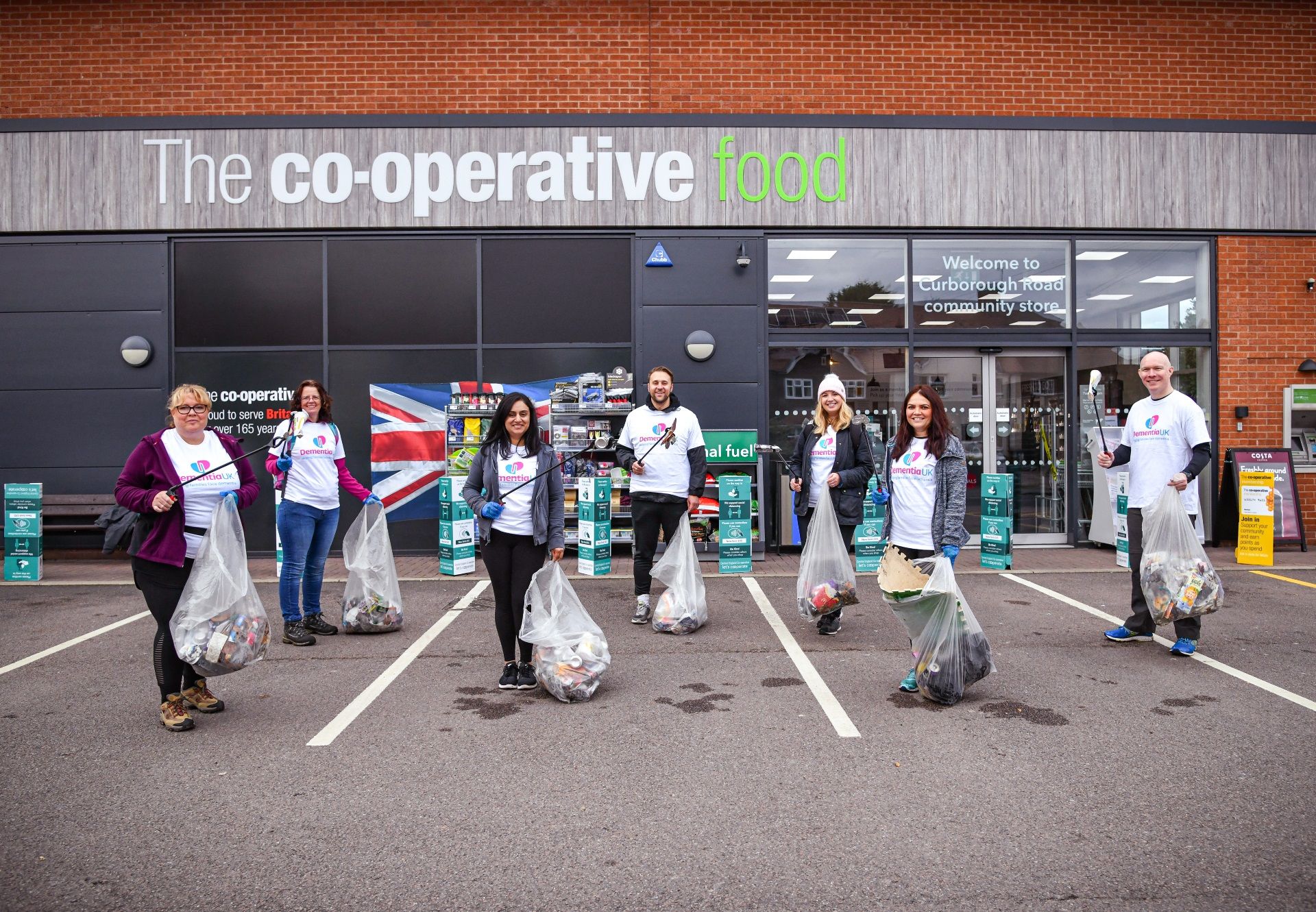 A team from Lichfield-based Central England Co-op have thrown their support behind charity Dementia UK by taking on a litter picking challenge with a difference.

However, the Coronavirus pandemic has put paid to those plans for the time being, with the team instead taking on a challenge closer to home to help boost the charity, while also helping to keep the local area clean.

Starting at Central England Co-op’s Hermes Road headquarters, they trekked a route to include pit stops at the retailer’s stores in Curborough Road, Lichfield and Boley Park, Lichfield, with litter pickers in hand.

Scott Worth, Performance & Productivity Improvement Manager at Central England Co-op, explained why he and the team took it on.

He said: “We have been talking for a while about doing a challenge together for Dementia UK and we were looking at taking on the Three Peaks Challenge.

“However, with the current situation that wouldn’t be possible, but we know that the charity needs support more than ever, so we thought about taking on the challenge in a different way locally and walking the same distance as walking the three peaks and Amita came up with doing a litter pick between local stores using them as pit stops.

“Supporting the charity is really important to us. Paul in the team did a charity swim in the Lake District last year which raised a significant amount for Dementia UK and we continue to hold events internally and virtually during these uncertain times to help boost the charity.”

The challenge also comes as Central England Co-op has teamed up with Reach PLC and InYourArea.co.uk to back its Don’t Trash our Future campaign and encourage its members and customers to help keep the local community clean and tidy.

He said: “We wanted to do something so we could come back together as a unit and do something positive for our community which this has done.

“We also speak to our colleagues about the importance during these challenging times of taking time out and getting some fresh air and exercise, so this has been a really positive thing to do for our own wellbeing as well.”

The team can be supported by donating to Dementia UK at https://www.justgiving.com/campaign/CentralEnglandCoop-supports-DUK