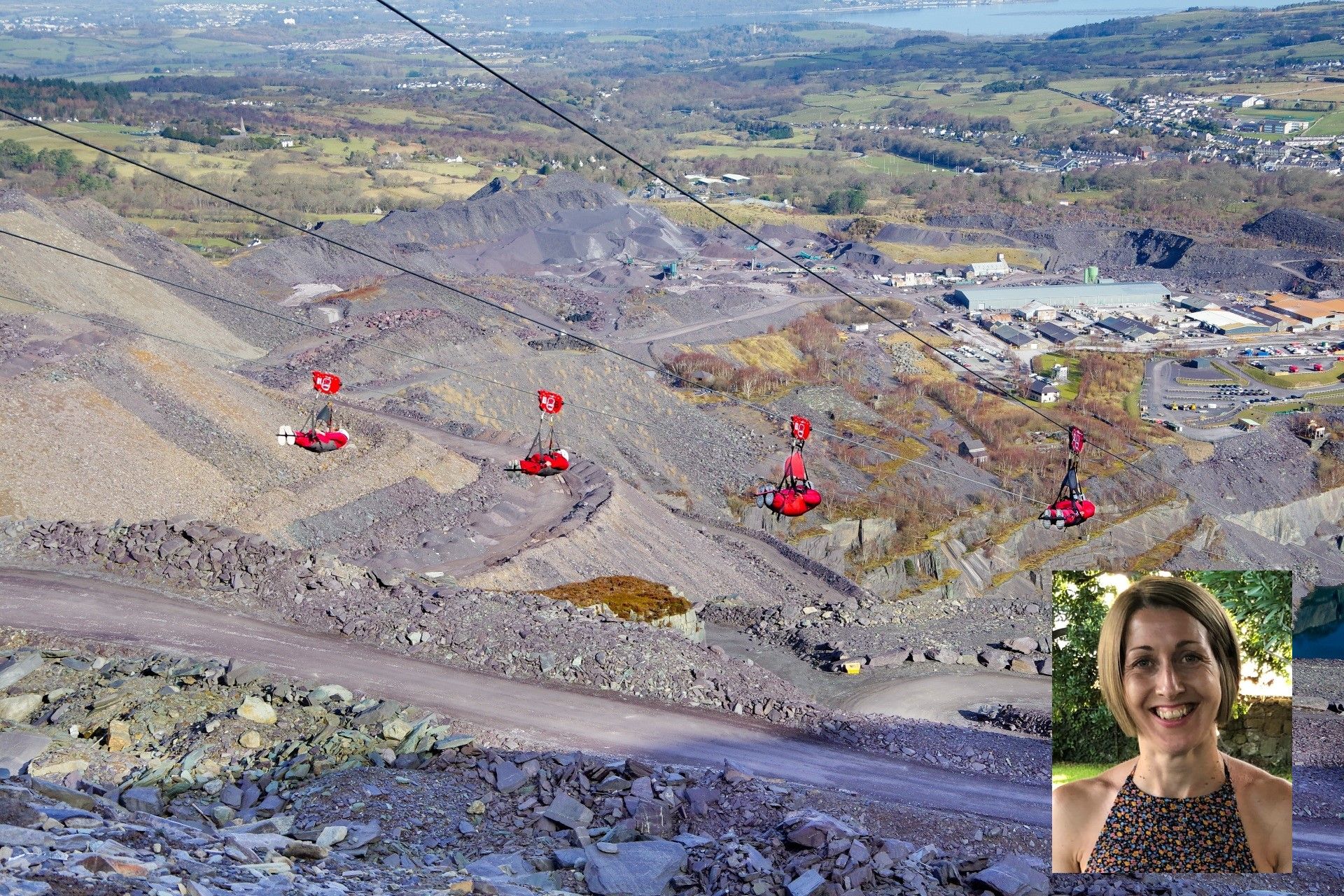 A courageous Central England Co-op colleague is set to face her fears head-on with a charity challenge to raise vital funds.

Alison Green (pictured inset), who works as a Team Leader at Central England Co-op’s Anson Road Food Store, in Shepshed, will be taking on the fastest zipline in the world later this month in support of the retailer’s charity partner Dementia UK.

Alison, who has worked for Central England Co-op for 27 years, is embarking on the challenge travelling over a mile on the zipline over Penryn Quarry in North Wales despite admitting to having a fear of heights.

The 46-year-old explained why she was so determined to do the challenge despite her fears and how she is feeling ahead of the big day.

She said: “I wanted to do the challenge for Dementia UK, not just because it is Central England Co-op’s charity partner, but also knowing people within my family and friends that have been affected by the condition.

“Also, we have several customers that shop at the store who are dealing with dementia, so it is a cause that I’m passionate about and wanted to find a way to support.

“I wanted to find something to do for them that would challenge me mentally and having a fear of heights the zipline is really going to test me.

“It is a mile travelling across the quarry where you fly through the air lying face forwards reaching speeds of up to 100mph. It is going to be terrifying, but I hope also exhilarating and what better way to help me overcome my fear!”

Alison will complete the challenge on July 23 and is aiming to raise £1,000 for the cause and has set up a fundraising page for people to support her.

She said: “I have set a £1,000 target but I would love to raise even more if possible as it really is such a great charity and I know that every penny counts for charities like Dementia UK in these uncertain times.”

Anyone who would like to find out more about the challenge and donate to the cause can visit Alison’s Just Giving page at www.justgiving.com/fundraising/Alison-Green52

Central England Co-op has been in partnership with Dementia UK for the last three and a half years and to date has donated over £1.5 million to support their vital work for families affected by dementia.