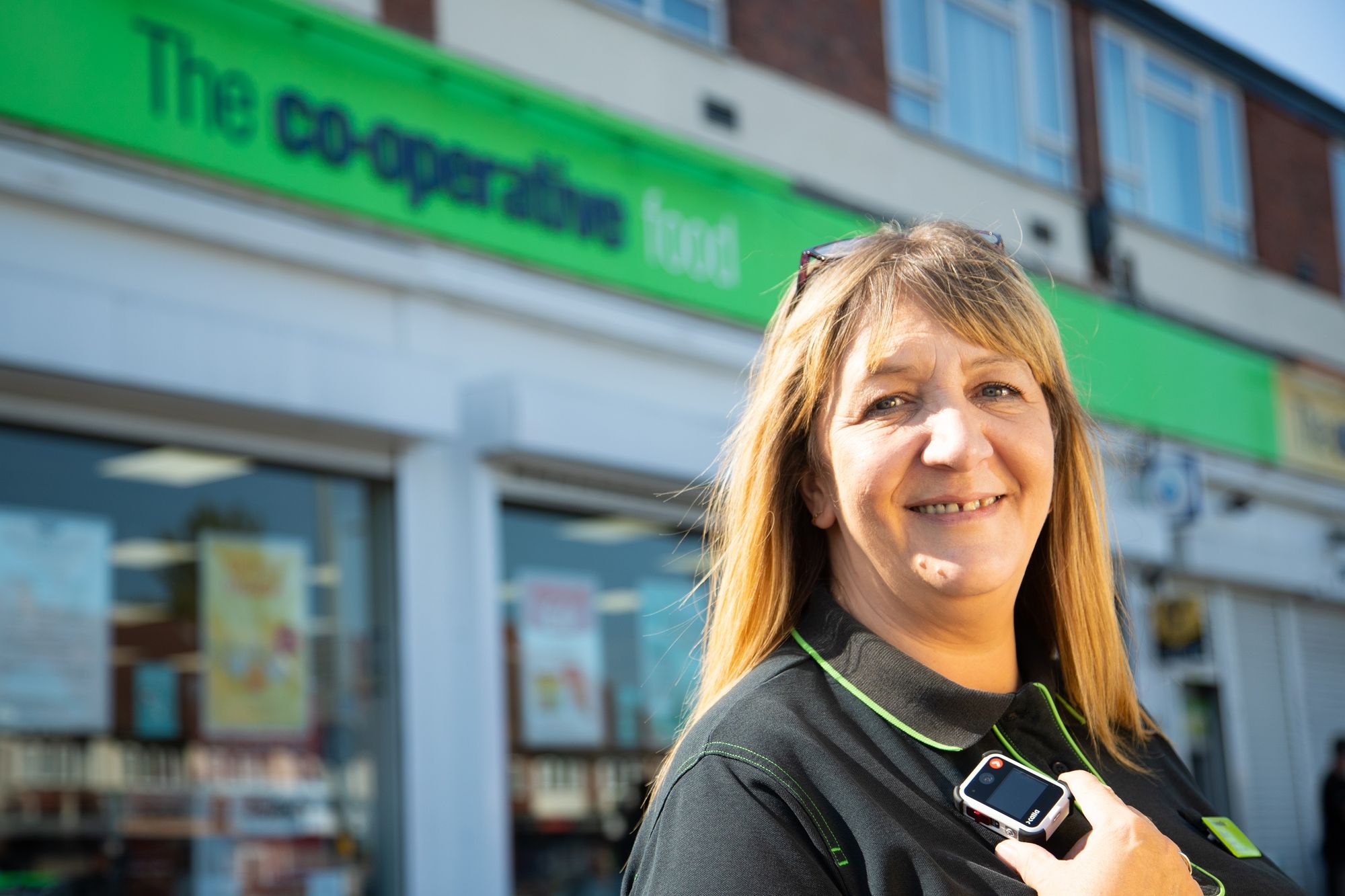 We are rolling out colleague body cameras to over 50 stores following a successful trial designed to keep staff safe and help drive down crime in stores.

The technology was initially trialled in two of our Birmingham stores and now, due to its positive impact, it will be rolled out across other stores across the business in an effort to deter threats and acts of violence towards colleagues and security guards.

This comes as we have been working with other major retailers, unions, industry bodies, police and crime commissioners and over 200 MPs to push the Government to crackdown further on those who abuse or attack shopworkers via the introduction of tougher penalties such as an automatic prison term.

Nicola Walton, Loss Prevention Advisor, said: “Our body camera trial was a great success. It allowed our colleagues to feel safer while serving their communities and played its part as another deterrent to prevent crimes before they take place.

“We are aware that any kind of crime can be frightening for store colleagues and this is why we are extended the rollout of the technology to over 50 stores across our trading estate.

“Over the past few years we have invested heavily in a range of measures to keep our colleagues and customers safe ranging from centrally monitored CCTV systems that can be activated at the touch of a button to increased numbers of security guards – today’s news is just another way we can continue to invest in keeping people safe at work and whole they shop.

“This will provide us with another tool in our efforts to have a zero tolerance approach to any type of crime towards our colleagues and customers. We now ask shoppers to work with us to make sure that nobody has to face abuse in their place of work.”

Recent figures from the retailer showed that over 10,000 incidents have been reported so far this year including 72 assaults, 879 cases of verbal abuse and threats, 272 anti-social behaviour reports and 159 direct incidents related to Covid-19.

This means, compared to last year, the total number of incidents have jumped by 31.1%, with rises in verbal abuse and threats and anti-social behaviour.

Some examples of incidents have included colleagues being punched in the face by shoplifters, verbal abuse, severe damage to stores, armed robberies and attempted thefts includes batons, used needles and knives.

Other recent innovations aimed at driving down crime include the expansion of centrally monitored CCTV to more stores, the further use of tracking devices in high risk products, the rollout of specialist software and technology to protect lone workers and new training packages and toolkits to ensure colleagues have all the information and skills they need to keep safe.

Store Manager Gill Evans, who helped trial the body cams in store, said: “We were so pleased to be part of the trial and to find out more stores will be getting this vital technology.

“Colleagues should not face any kind of abuse and these cameras act as another great deterrent to try and put people off.

“However, if people still want to abuse or threaten our colleagues they provide great evidence for our work with the police in ensuring they face justice.”