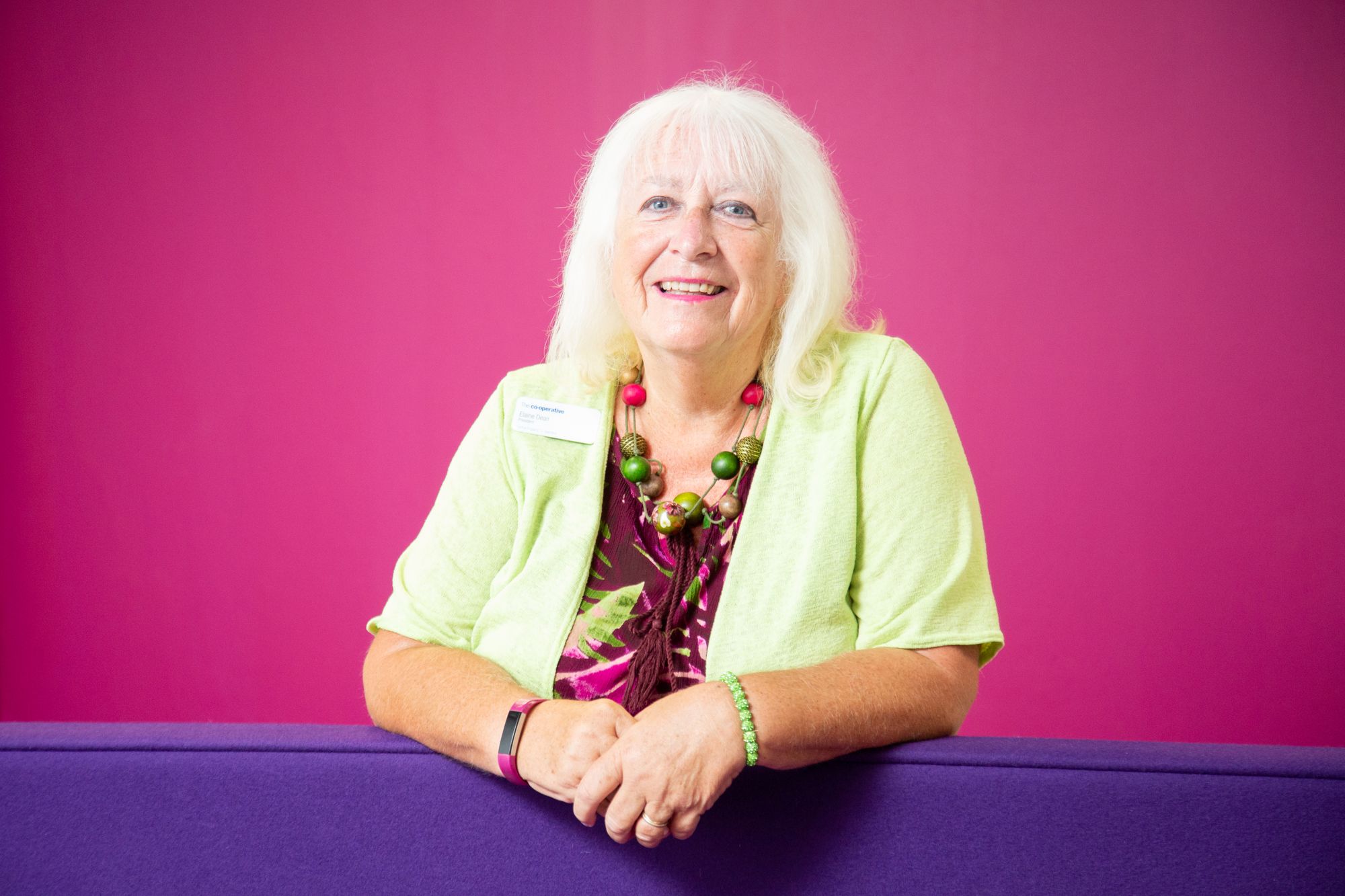 My name is Elaine Dean and I am proud to have been elected President of Central England Co-operative.

I am proud of my role that ensures we continue to succeed financially and that every decision made is in the best interests of over 8,000 colleagues and tens of thousands of members.

I have put together a short round up of what I have been doing during April and May to shine a light on all things Central England Co-op.

I attended several Annual Members’ Evenings – It was great to see so many people in Derby, Peterborough, Kettering and Market Harborough.

Derby Members' Evening for me first which was the best attended and all went well. That was the start of four meetings in 48 hours for Society Secretary Jim Watts and myself – is this a co-operative record?

Next Jim and I visited the Castle Donington Funeral Pod and stores in Castle Donington, Downing Drive, Houghton on the Hill and Yaxley. We then headed to the Marriott Hotel for the Peterborough Members' Evening – excellent busking band Dan Sly and the Blue Clovers who all work at Co-op Group Distribution Centre, in Godmanchester, and who only sing co-oppy themed songs based around supporting each other and loyalty.

More store visits followed this meeting and we went to Oundle, Thrapston, London Road, Hallwood Road and St John's Road - so that was 10 visits in 24 hours!
Kettering Members' Meeting in the afternoon, with around 57 members and Obelix the Dane belonging to Lorraine and Stephen Gill, of VME Co-op, making and appearance.

A drive in the rain to Leicestershire and to Market Harborough for our Members' Evening which had a fairly good turnout of almost 70 people.

I couriered members on an educational visit to Bradford. Despite the wet weather, this was a great visit and we enjoyed a visit to the Media Museum.

Travelled up to Yorkshire with Jim (in the rain mainly) for Yorkshire Cluster
Networking and Membership event. Brilliantly located on top of the moor above
Holmfirth and around 90 attendees in total. Superb event – location, venue and
speakers all excellent, great to have Chief Executive Debbie Robinson, Jim and Vice President Jane Avery in attendance too.

Took flowers to Mrs Eva Hall who was 90 in May. We previously took flowers for her platinum (70th) wedding anniversary last year.

Enjoyed the Northern MCC meeting at Lumb Farm, in Marehay near Ripley.

Visited the Business Support Centre for the Induction and Networking Day for MCCs. Brilliant turnout of ambassadors and input from Debbie, Jim, Sarah Ashton and Hannah Gallimore. Feedback good and posts on social media
indicated attendees found it stimulating and thought provoking. Excellent work by
the Member and Community Relations Officers.

I was part of helping show new Board Director John Howells around the business.

I hosted the Senior Members' Gathering, in Derby. There was brilliant turnout from management at a brilliant new venue at Rolls-Royce Welfare. A heartwarming 'crown jewels' event which I think everyone enjoyed.

I have also attend the Co-op Group AGM, the Co-op Bowls Club meeting and the first Board meeting of the constitutional year.