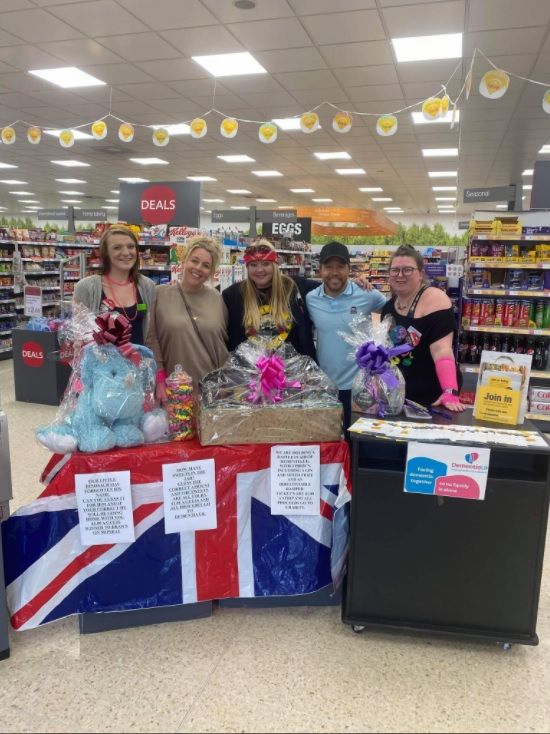 Colleagues at a Central England Co-op store in Leicestershire were given a boost in their efforts to raise money for charity when acting legend Stephen Graham dropped by.

The star of big and small screen hits that include Line of Duty, This is England and Pirates of the Caribbean nipped in to Ibstock Food Store, in Ashby Road, as the team put on a Back to the 80s event and raffle to raise vital funds for the retailer’s corporate charity Dementia UK.

The visit by the star and his wife Hannah helped the colleagues raise over £700 for the good cause.

The star is widely regarded as one of the greatest actors of his generation and further credits include working with director Martin Scorsese on Gangs of New York and The Irishman, playing Al Capone in HBO series Boardwalk Empire and most recently stealing the screen in Sky One show Save Me.