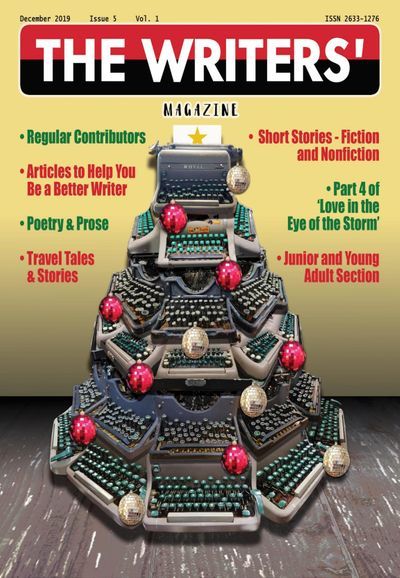 The Creative Writing Group meet in the Shepley Library and the members have successfully had many articles printed.  One member, Carol Warham had her first book published last year.  We wanted to share with you a poem by Tasker Dunham, which i am sure you will enjoy.

Some people want to fill the world with silly love songs

And what's wrong with that? I'd like to know, 'cause here I go again.

From mid-November to the end of term, when the hockey and rugby pitches slid shirt-soakingly wet from the autumn rains, or skin-scrapingly rough from the winter frosts, games lessons were displaced by dancing practice. The boys and the girls, and their teachers Mr. Ellis and Miss Poskitt, came together in the gym to prepare for the school Christmas party. The girls tolerated it. The boys felt embarrassed. Miss Poskitt enjoyed it and joined in. Mr. Ellis did not.

The wall bars, climbing ropes, horizontal beams, benches, spring boards, vaulting horses, medicine balls and rubber mats were all stowed away, and the boys and the girls assembled dolefully on opposite sides of the gym.

Mr. Ellis called them to order. “Gentlemen,” he announced with false gaiety, “please cross the floor and take your partners for the Dashing White Sergeant ... and walk, don’t run,” he added in an exasperated voice on seeing that some boys were already half-way there. “We walk across the floor in a civilised manner and courteously ask the young lady to grant us the honour of the dance.”

Now I know this sounds awful – sexist male chauvinistic objectification you might call it – but it is simply the way things were for thirteen year old boys in the early nineteen-sixties. There were some girls you would happily dance with and others you would not. Nat Lofthouse always wanted to dance with Wendy Godley but because she was pretty so did everyone else. On the rare occasion he managed to be among the first to cross the floor he was usually bundled aside by one of the more civilised and courteous members of the rugby team, and would find himself face to face with Wendy’s friend, Amanda. Even when not among the first to cross the floor, he still usually found himself face to face with Amanda. And when it was a ladies choice, when the claws came out and the fur started to fly, yes, you’ve guessed already, Amanda always chose him. He began to suspect a conspiracy.

Sadly, Amanda was not one of those girls you wanted to be seen dancing with. It was not that she wore glasses and had spots but more to do with the hideous and rather slimy orthodontic brace that glinted inside her mouth. She was taller than him too. Why did he keep ending up with Amanda?

The class knew The Dashing White Sergeant well. The school had only about half a dozen records for its feeble gramophone so they danced the same dances every year. They went straight into it:

The remainder of the afternoon was occupied by a varied choreography of allemande holds, steps forwards, backwards and sideways two-three-four, hops, spins, do-si-dos, grand chains, polkas, waltzes and two-steps. The willow was well and truly stripped. It was odd though that whenever you were supposed to progress on to other partners, Nat always found himself back with Amanda. It definitely was a conspiracy.

The following week he decided on a new tactic. When Mr. Ellis began to instruct them to take their partners, he would set off early, walk not run, be civilised and courteous, and grab hold of Wendy first before anybody else.

“Gentlemen,” said Mr. Ellis, and Nat set off. “Please cross the floor to take your partners for ...” Nat realised he had gone too soon.

“Ah! Lofthouse,” said Mr. Ellis in predatory mock surprise, “How wonderful to see you so keen. Perhaps today you would like to ask Miss Poskitt for her hand so you can demonstrate the Veleta Waltz for the benefit of us all.” Unconstrained laughter echoed around the gym.

On the first run through of each dance it was Miss Poskitt’s custom to select an unfortunate victim to demonstrate it. It was never Mr. Ellis, he never danced, it was always one of the boys. And when she danced, her natural, neat, flowing movements transformed her from an ungainly girls’ sports teacher into a graceful danseuse. On each third beat of the Veleta she rose nimbly on alternate ankles poising briefly to show off her athletic, hockey-player legs. As she moved him around the floor and changed sides to demonstrate the man’s leading role, Nat felt as powerless as John Betjeman’s subaltern partnering Miss Joan Hunter Dunn: weak from the loveliness of her “strongly adorable tennis-girl’s hand”. He glowed bright red as Mr. Ellis led the class in a round of applause.

The following year, when the playing fields were once more cloaked in fog and blattered up with mud, dancing came back as predictably as an unwanted partner in a well-executed Circassian Circle. The boys and girls assembled reluctantly as usual on opposite sides of the gym. As always, it was the first occasion in the school year when classes of the same age came together and an interesting new face might be noticed. Any new member of Wendy and Amanda’s A-stream girls would be seen for the first time by Nat’s B-stream boys.

Nevertheless, when Nat crossed the floor to take part in the traditional partner-selection ritual and was brutally barged out of the way by one of the school prop-forwards, he was surprised to find himself face to face with a new girl, an attractive new girl who glowed with health and perfection. Actually, he’d spotted her a couple of months earlier and wondered who she was, the sporty girl playing tennis with Wendy. She played so well, so athletically, a true Miss Joan Hunter Dunn. Nat hesitantly mumbled his request to dance. The new girl gave him a lovely smile, thanked him for choosing her and said she would be delighted to accept.

“Look at you!” his partner whispered wide-eyed at the end of the dance. Nat was taken aback by her intimate, affectionate tone. She turned to face him, looked him up and down, and stepped so close he could feel the warmth of her face on his. She reached up and placed her hand on top of his head, and then moved it backwards over her own. “You’re taller than me now,” she said.

To his astonishment, Nat realised it was Amanda. What a change!

I don’t need glasses now,” she laughed, amused by his bewilderment, “or that hideous brace.”

And then, before they could say more, it was The Finnjenka Dance to the school’s newly acquired record, March of the Mods by Joe Loss and his orchestra. Joe Loss? Dead Loss! Within seconds Amanda had marched on to the next partner and was gone. But as always, as if through some secret feminine wile, she ended back with him just in time for The Gay Gordons.

“We’re dead good,” Amanda raved at the end. “Really great! Natural partners! Ace, brill and fab! You have to come round on Saturday. I’ve got all the music at home. Come round to practise on our own. Then we’ll go to the party together.” Nat wished she would keep her voice down. Mr. Ellis pretended not to hear. Miss Poskitt rolled her eyes and blew them a kiss.

Nat loved being bossed and organised by Amanda. They did go to the party together. It was at the Baths Hall where every winter the pool was drained and boarded over with a dance floor, the only hall in town large enough to accommodate the whole of the school year. They danced all the dances, and held each other glad all over into something good to The Honeycombs, Dave Clark Five and Herman’s Hermits. They laughed when the science teacher, Mr. Richardson, as ever, stood up and recited entirely from memory a long poem about young Albert and a lion called Wallace and a stick with an ‘orse’s ‘ead ‘andle.

It had begun to snow during the party, and after Auld Lang Syne they came out into a winter wonderland and walked home together merrily singing Jingle Bells and pretending to be reindeer. Nat dared to kiss Amanda’s soft warm cheek and she produced a piece of mistletoe to hang on his imaginary antlers. She kissed him back and gave him a tender hug.

He was sad that before school resumed again after the holidays, Amanda had left with her family and moved to Johannesburg.

The next year everything changed except the weather. The Christmas party took place in the pristine new school hall and the traditional dances and Mr. Richardson’s recitation were consigned to the past. Nat found an excuse not to go. He hid at home from the cold, dreaming of tennis and Christmas dancing in the summer sun at the other end of the world.

Tasker Dunham (a pen-name) writes “A Yorkshire Memoir”, a blog based on people, places and events he once knew, with some details change to avoid difficulties. He grew up in Yorkshire and worked first in Leeds and then in various places around the U.K. before moving back to Yorkshire where he now lives with his wife and family. A version of this story first appeared on his blog in December 2015: www.taskerdunham.com

At school in the early nineteen-sixties, 13 year-old Nat Lofthouse endures dancing practice held in preparation for the school Christmas party. He wants to dance with Wendy but so does everyone else, so Nat always finds himself barged out of the way by stronger boys and usually ends up with Amanda, a girl no one wants to dance with. But one year Nat finds himself dancing with a new girl...