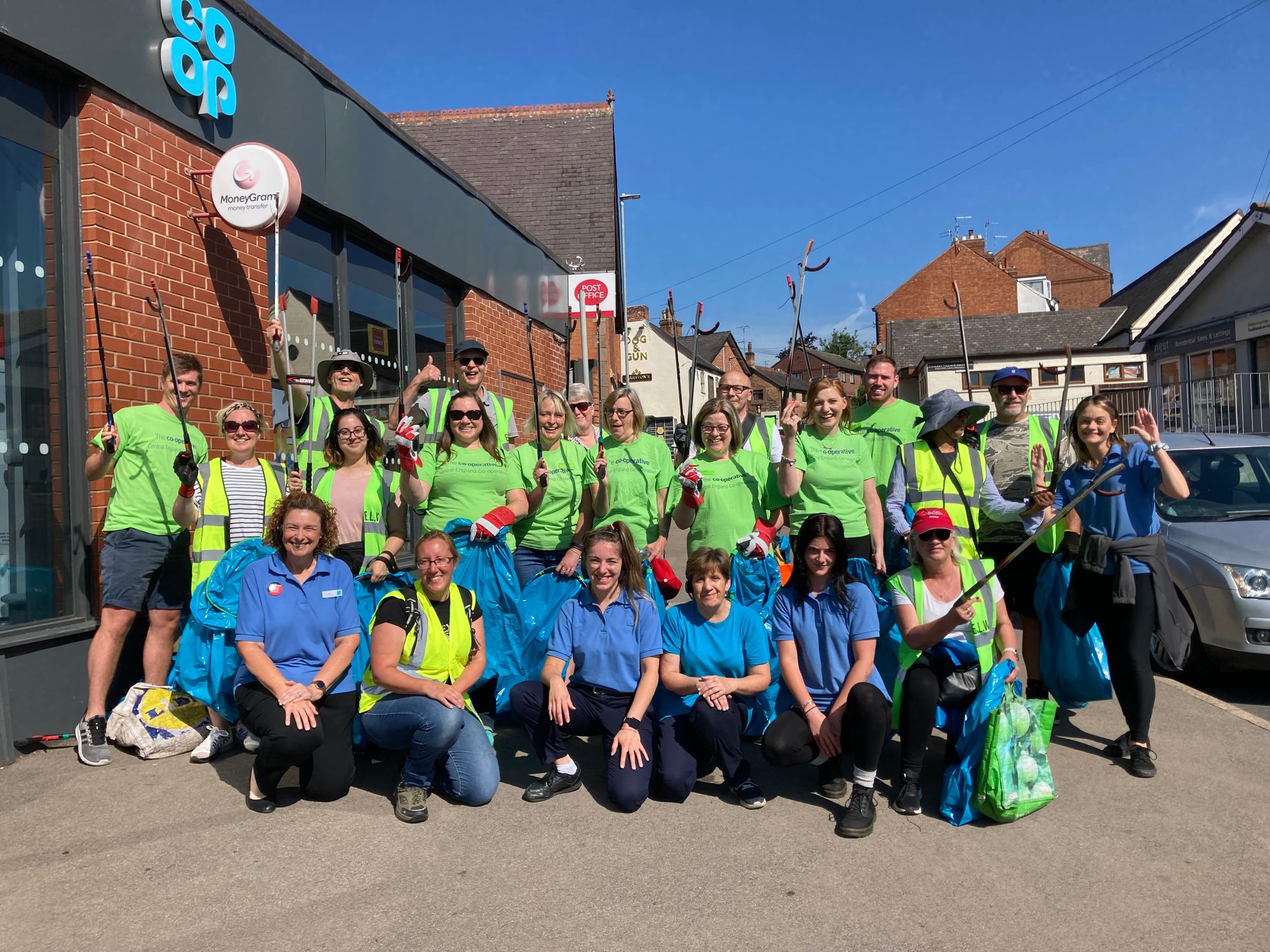 Co-op Fortnight takes places at the end of June and beginning of July every year.  It is an opportunity for Co-ops to come together, promote the diverse range of different co-op businesses, and of course, work in co-operation.

The Southern Membership & Community Council and Retail & Funeral colleagues, worked in co-operation with Co-op Group Store colleagues and the local Wombles in Enderby on a local litter pick.

MCC members and colleagues went along to support the Saving Saffron Brook project in Leicester.  Saffron Brook is a major tributary of the River Soar in South Leicester, Oadby and Wigston and has been identified as a priority area for the benefit of people and the wildlife.  We spent a very wet rainy morning clearing over-grown bushes to allow the wildlife to thrive and concluded picking up litter.  A week later some of our Retail Area Managers went along to support too. We very much look forward to supporting the project again in the future.

We also supported the Desford Hereford Trail over the second weekend, where the village takes a step back in time.  From Roman to C20th and everything in between, the weekend was filled with encampments, re-enactors, musicians, street actors, entertainers and plenty of food and drink too.  Our two Village stores really got behind the weekend with dressed windows and appropriate dress for the era.  We also took the opportunity to promote our membership.

We once again held a stall at the three day Timber Festival in the Heart of the National Forest.  We were once again joined by our colleague Geoff, who works in our Oakham Store and is an expert on our Fairtrade Wine.  Along with wine tasting, we also had lots of Fairtrade chocolate for tasting - we were a very popular stall!  We also spoke to children and adults alike about the importance of supporting Fairtrade and why the Co-op is the leading convenience retailer of Fairtrade.  It was lovely to reunite with friends we made last year, and we were once again joined by a Member Pioneer from Co-op group.

We delivered our-ever popular Healthy Choices Workshops to young people with learning disabilities who meet at the GreenPatch in Kettering, close to our Grange Place Store, and to a adults who attend a friendship group at Shuttlewood Clark at Ulverscroft Manor, close to our Markfield Store.

We were invited as judges for the schools that made it to the final in the Food for Life Celebrations at City Hall in Leicester.  Over the course of the year, schools are focused on energy saving, biodiversity, global citizenship, litter picking and the future of travel.  The children had to present their work to a number of judges and a number of awards were given based on their area of focus.