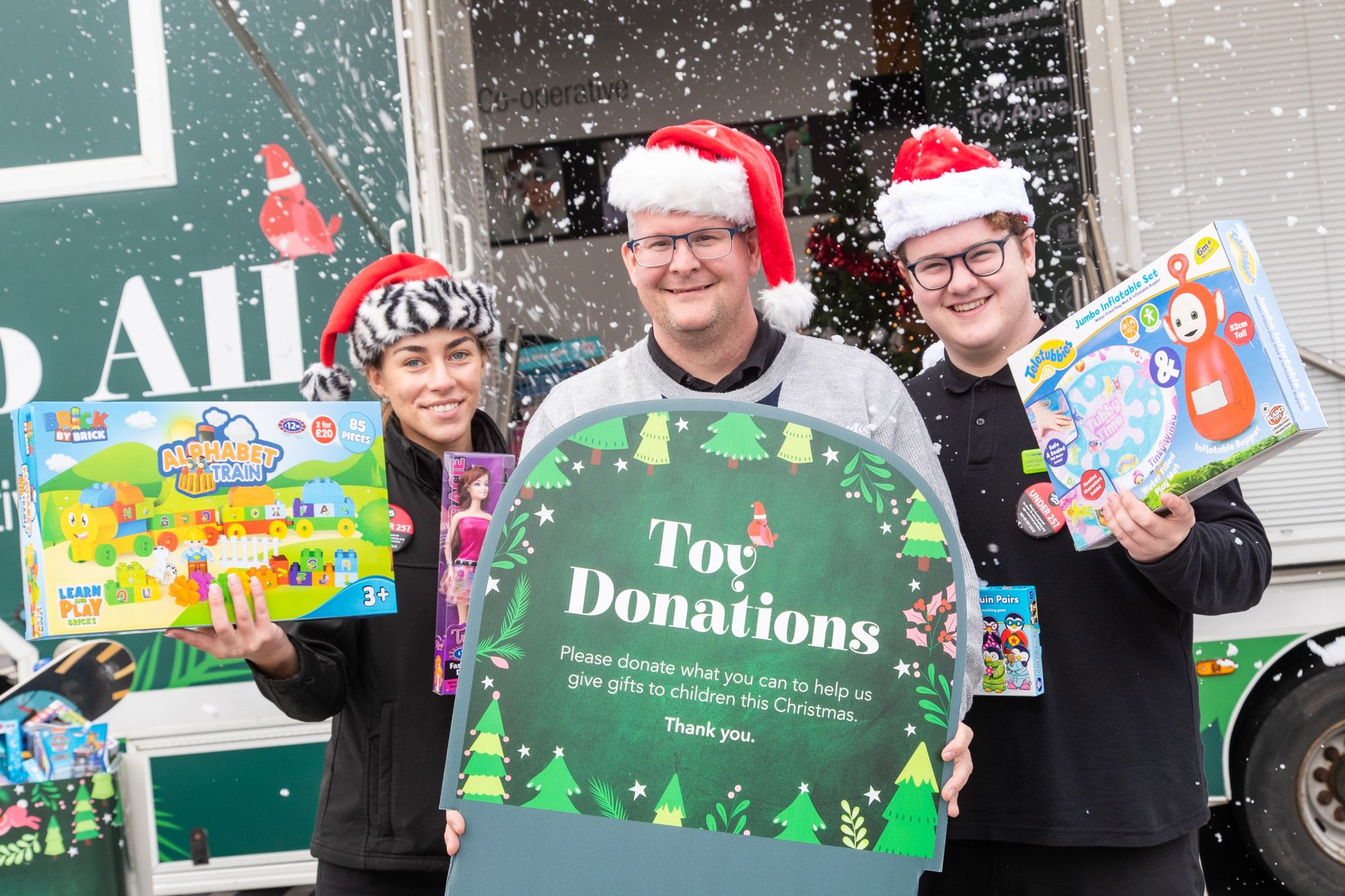 Dozens of people flocked to see the Co-op Christmas lorry in Lichfield and drop off presents for local youngsters as part of a festive toy appeal.

The lorry stopped off at the Boley Park Central England Co-op store, as part of a special event designed to collect in as many presents and stocking fillers as possible from customers and members.

The gifts were then delivered to Lichfield Foodbank who are receiving toys collected from the retailer’s Lichfield stores as part of their campaign supporting the Friends of Saxon Hill Academy this Christmas.

Over 115 presents in total were donated as part of the collection event, while locals were able to get into the Christmas spirit with festive themed hot food and drink raising money for FareShare Midlands, as well as seasonal music and mince pies.

Jamie Joyce, Boley Park Store Manager, said: “We had an amazing response to the special collection event and the Co-op Christmas lorry with over 115 items in total handed over.

“But if you did not manage to visit during the event you can still donate an item to the appeal throughout until December 3 at special donation points in all Central England Co-op stores, including here at Boley Park.”

Items that can be donated have to be new, unwrapped and can include puzzles, games, soft toys, outdoor toys, books, dolls/figures, CDs/DVDs and art materials.

More details about Christmas at Central England Co-op can be found here: https://www.centralengland.coop/discover