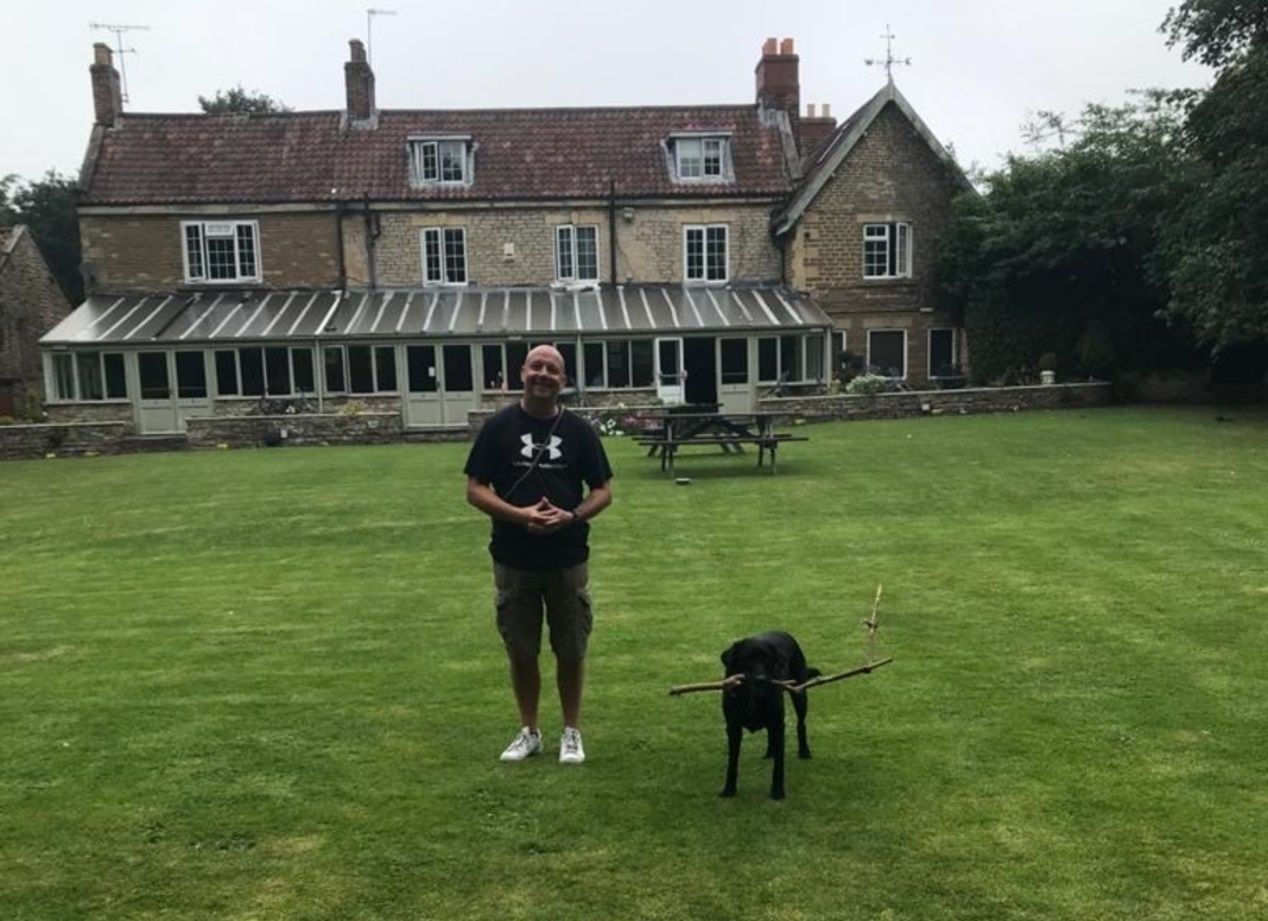 Steve Johnson has worked for us for over 30 years starting his career as a butcher but spending the majority of his three decades working in distribution, most recently at our Chilled Distribution Centre (CDC).

Through personal experience within his own family, he has real compassion for people struggling with mental health issues and channelled that passion into being a member of our Mental Health Working Party, taking on the role of mental health champion across our distribution hubs.

He has now spoken about how this passion for helping people has led to his eight-year-old black Labrador Harley taken on his own role supporting people in need, as an Emotional Support Dog for children with special educational needs such as severe autism.

Steve, from Anstey, said: “My wife Lou works at Wolfdale School in Anstey which is a school for children and young people who have additional needs such as autism, attention deficit hyperactivity disorder (ADHD), anxiety and social, emotional, and mental health needs. Last year we started taking Harley in for the odd day and he would go out for a walk with the kids around fields by the school.

“The children loved it and it really encouraged them to engage and to help them feel comfortable going out into the community, so we decided with the school to make it official and for him to become an Emotional Support Dog.

“We are just waiting for the documentation to come through and his official harness and certificate, but he has started at the school this term and even has his own timetable.

“Harley is as soft as the day is long and has such a great temperament. He is so loving, and he just likes being around people and getting attention. It is lovely to see how he supports the children to open up.”

Deputy Head of Wolfdale School Kirsten Gibson explained how Harley is helping the children and how grateful they are for Steve and his family’s support.

She said: “Our children at Wolfdale School often find social interactions, working in a groups, trying new things and change incredibly difficult which in turn can cause our children and young people to feel anxious and withdraw. This is where Harley our emotional support dog comes to the rescue!

“Harley has been part of Wolfdale School for some time now, in supporting our children to understand their emotional and physical needs.

“Harley has been visiting school on a regular basis, so children can walk him, pet him and of course give him a few deserved treats, and in turn Harley has made our children feel safe and he helps with their development of social and communication skills, responsibility, care and compassion. Our children are relaxed and happier with Harley being around.

“We are so proud of Harley in officially becoming an emotional support dog, and we cannot thank him or his owners Lou and Steve enough for being part of our Wolfdale family.”

Steve, who has two grown up daughters, one of whom works in mental health, said he has been proud to use the insight he has gained from his family to support others within the distribution team at Central England Co-op.

He said: “I have had my eyes opened to what people go through by being a mental health champion and I am glad if I have been able to offer support, even if it is just being there to listen.

“It has in turn helped me to be more supportive and understanding to those in my personal life who have had struggles, so it has been such a rewarding role.”