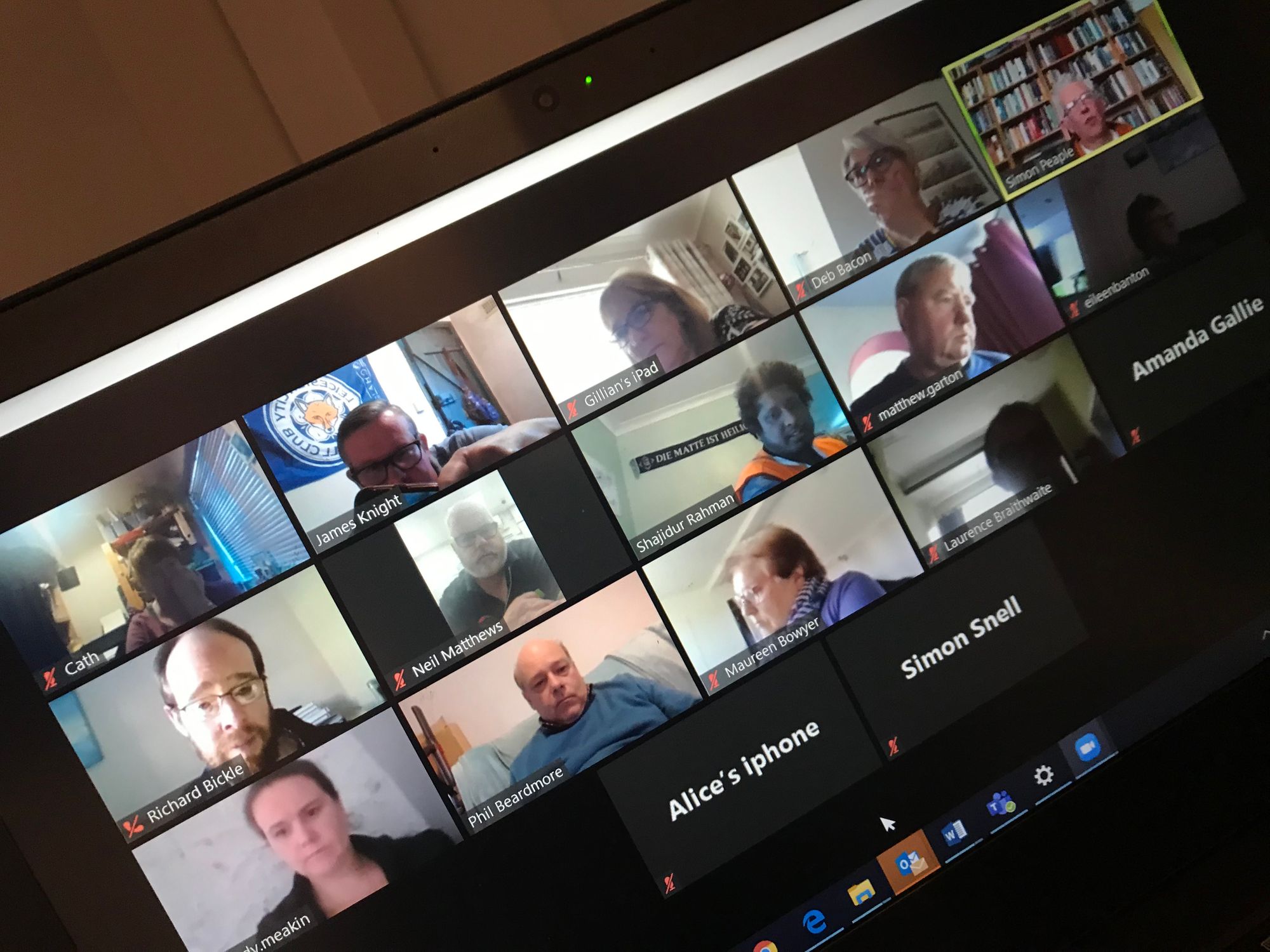 "As Chair of the Western MCC I can say that 2020 was a year that did not turn out the way we expected it to. We had big plans that had to be cancelled. From January to March 2020 we continued with our normal plan. We attended events and planned for our big activities that usually take place in the summer. Personally. I attended Co-op futures 20/20 vision conference, which looked at how the Co-op movement could shape our future. At this conference I chaired table discussions on energy. In early March I took part in a Co-op Songwriting session, which I organised. A group of co-operators got together and shared musical ideas at the Warehouse Cafe in Birmingham City Centre.

Lockdown took us all by surprise, though in hindsight it probably shouldn't have. Almost all of the Western MCC activities take place face to face, meaning that the Western MCC had to cancel our usual activities and try to find a new way to work. None of us had heard of zoom before March 2020, but now our meetings had to move to this platform. I'd like to thank all of the Western MCC members for being patient with us and helping us figure out things as we went along. The first couple of zoom meetings were learning experiences, but by being adaptable, online meetings now run smoothly. Hopefully when we can meet face to face again, we can better accommodate people who want to attend meetings virtually.

Our big summer events like the yearly Triathlon and festivals like Cocomad were cancelled. Our planned spend has had to be redirected. Our activities where possible have moved online. I'm the MCC Ambassador for a few of our member groups. Some member groups such as the co-op gardening club, the Birmingham Film Co-op and the History Co-op have moved their meetings online to Zoom. I took the Gardening Club on a zoom tour of my own garden! The Gardening Club members know more about Gardening than I do so I learned new things about my garden and the Gardening Club members learned about how to use zoom. Birmingham Film Co-op have held virtual screenings of films and held zoom discussions of these films. The Co-op History group had discussions on zoom and planned commemorative plaques for a previous Dudley Co-operative. Not all of our member groups have been able to move online and we hope that they can once again meet in person in 2021.

The Western Region Membership and Community Relations Officer (MCRO) James Knight had been helping support some of the most vulnerable by supporting foodbanks across the region. Delivering food and other resources to organisations such as Birmingham Solidarity Kitchen and Birmingham Baby Bank, which are new relationships that we hope to build on in 2021. He also set up Food Hubs with councils from Lichfield, Stafford and Burton. As part of this project James distributed food to the most vulnerable during Lockdown. Whilst he doesn't like it mentioned our MCRO received the "delivering excellence" award from Central England Co-op for his work on the Food Hubs. The Western MCC are proud of James for the hard work and dedication that he put into supporting the Food Hubs. As the Chair of the Western MCC I'm proud that whilst we could not do our usual activities, we were able to support those that need it most during the uncertainty of lockdown.

Our Zoom meetings have given us a bit more headspace to think strategically about what the Western MCC does. The world will be a different place once Covid 19 no longer dominates our lives. What does the Western MCC want to do when this happens? We've started looking at events and activities that could occur in 2021. Our plans involve events that can happen in person, virtually or a hybrid of the two. Possible events that could take place include a co-ops fortnight film festival and an art exhibition highlighting the work of Co-ops hosted by a workers co-op art gallery.

Thank you to all those involved at the Western MCC for what we've achieved under difficult circumstances. We've supported some of the most vulnerable communities and continued to support our member groups in a difficult year. Let's see where 2021 takes us."