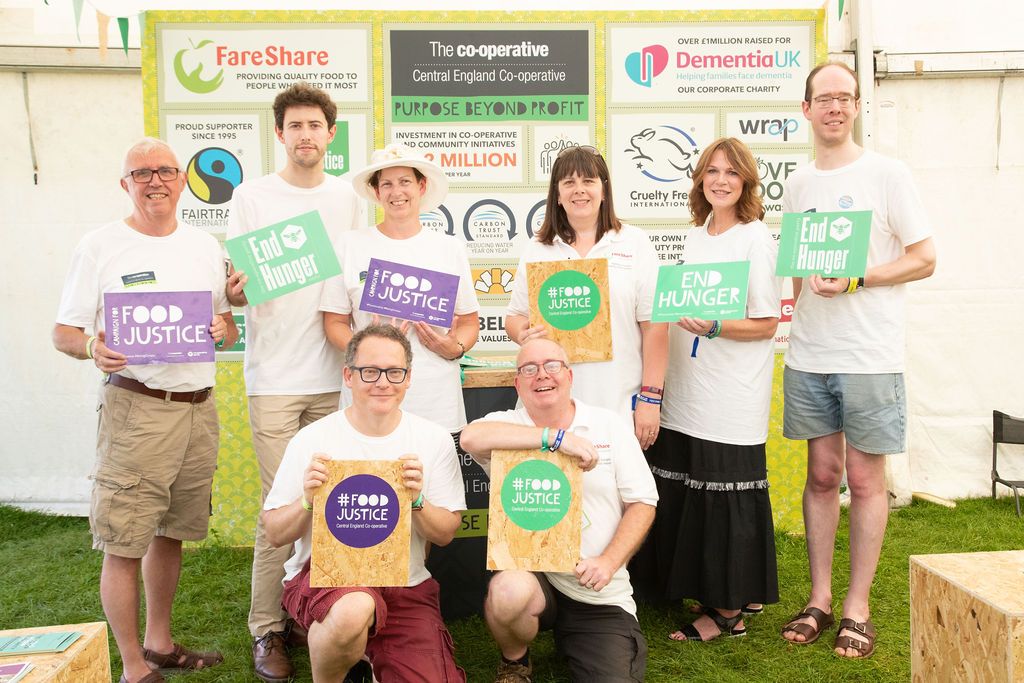 We were proud to link-up with the Co-op Party to talk about the issue of food justice as part of the annual Greenbelt Festival.

Thousands of people from across the country descended on Broughton House, in Northamptonshire, for four days of arts, faith and justice related activities.

Central England Co-op took up residence in The Exchange and wowed the crowds with a series of talks about everything from the history of co-ops to an in-depth look at the future of the high street.

Among the people who took to the stage were:

·         CEC CR Manager Hannah Gallimore and Simone Connolly, from FareShare East Midlands, discussed the pioneering link-up between both organisations to tackle the issue of food waste and support those in need at the same time

·         Richard Bickle, CEC Board Director, looked at the impact co-ops have on the British economy and what make them unique and effective

·         Debbie Robinson, Central England Co-op Chief Executive, took to the stage to talk about what it means for a retailer to have a positive ethos and why it is working with the Co-op Party on this important campaign

Volunteers were also on hand to encourage visitors to the festival to support the Co-op Party's food justice campaign - based around highlighting the issues of poverty across the UK and tackling hunger at home through the launch of a Food Bill in England and in Scotland - by signing a petition over the weekend.

We can reveal that over 800 people signed the petition over the weekend!

Everyone at Central England Co-op would like to say a big thank you to anyone who came along and supported us at Greenbelt and helped further our efforts, and the efforts of the Co-op Party, to take on the issue of food justice.

Anyone who would like to find our more about the food justice campaign can do so via this link: https://party.coop/campaign/food-justice/