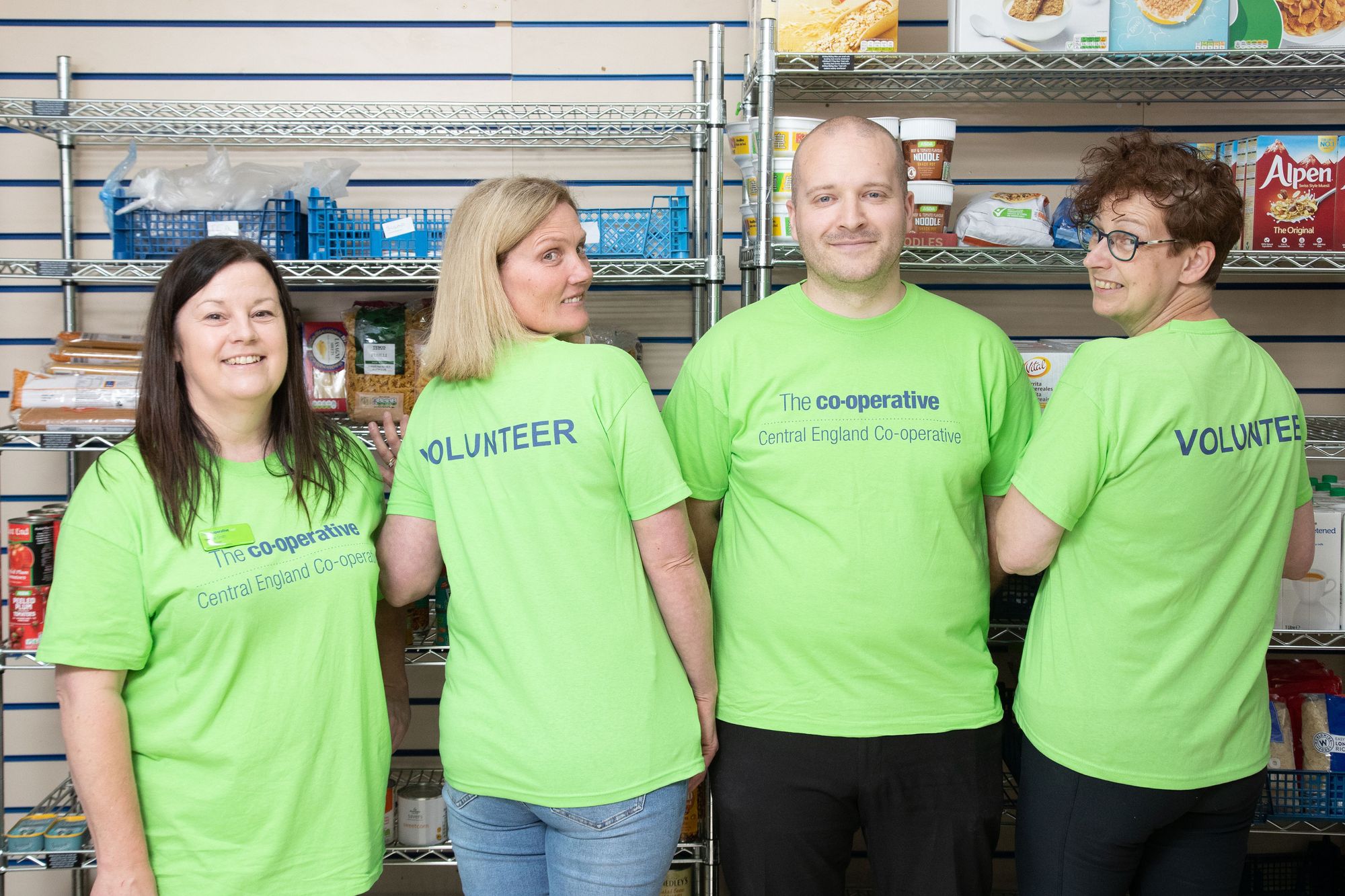 Central England Co-op has showcased its community ethos during the two weeks of Co-op Fortnight with Brazilian drumming at a Yorkshire food store, volunteering at a Leicester food bank and litter picking in Norfolk among the many highlights.

The Society backed the two-week annual event by giving dozens of its own member groups, community groups, local projects and good causes the opportunity to come into its food stores to promote, raise awareness or gather support for their local causes.

Highlights included Valley Beats, which has received funding and support from Central England Co-op’s Northern Membership and Community Council (MCC), who were invited to the retailer’s Dodworth Supermarket for a spectacular Brazilian drumming performance.

Meanwhile in Scraptoft in Leicestershire, Scraptoft Players theatre group took over the Central England Co-op store in the village to promote their upcoming show with a spirited performance of songs from Pirates of Penzance, much to the delight of shoppers.

Hundreds of pounds were raised for a range of local good causes who joined in the celebrations during the Fortnight, while store colleagues held bake sales and fancy dress days to raise money for Central England Co-op’s corporate charity Dementia UK.

Across the country, the Society has supported a range of great activities in its communities, hosting events such as a charity Fairtrade Football Tournament in Birmingham, supporting sports days and carnivals and running conferences and educational workshops for children.

The retailer has also shown its co-operative spirit by taking on some great volunteering opportunities during the campaign, including colleagues and members who helped out stacking shelves and serving customers at the Action Homeless’ Food Stop in Leicester and the dozens of colleagues who spent the day litter picking in North Norfolk.

Debbie Robinson, Chief Executive of Central England Co-operative, said: “I have been so impressed and proud at how our colleagues have embraced the co-operative spirit during Co-op Fortnight by volunteering, fundraising and promoting the benefits of membership.

“I’m delighted that so many good causes and projects that are making a real difference in their local areas were able to truly benefit from spending time in our stores during the celebrations and I hope that they and our shoppers and members were able to see just how much we value our connection with our communities.”

Becoming a member of Central England Co-operative offers a whole host of benefits ranging from collecting points every time you spend in store to earn a share of the profits, access to members activities and community initiatives including the Community Dividend Fund, which hands out grants of up to £5,000 to charities and good causes across the Society’s trading estate.

Find out how to become a Central England Co-operative member by calling 0800 0501 601, emailing members@centralengland.coop or visiting www.members.coop