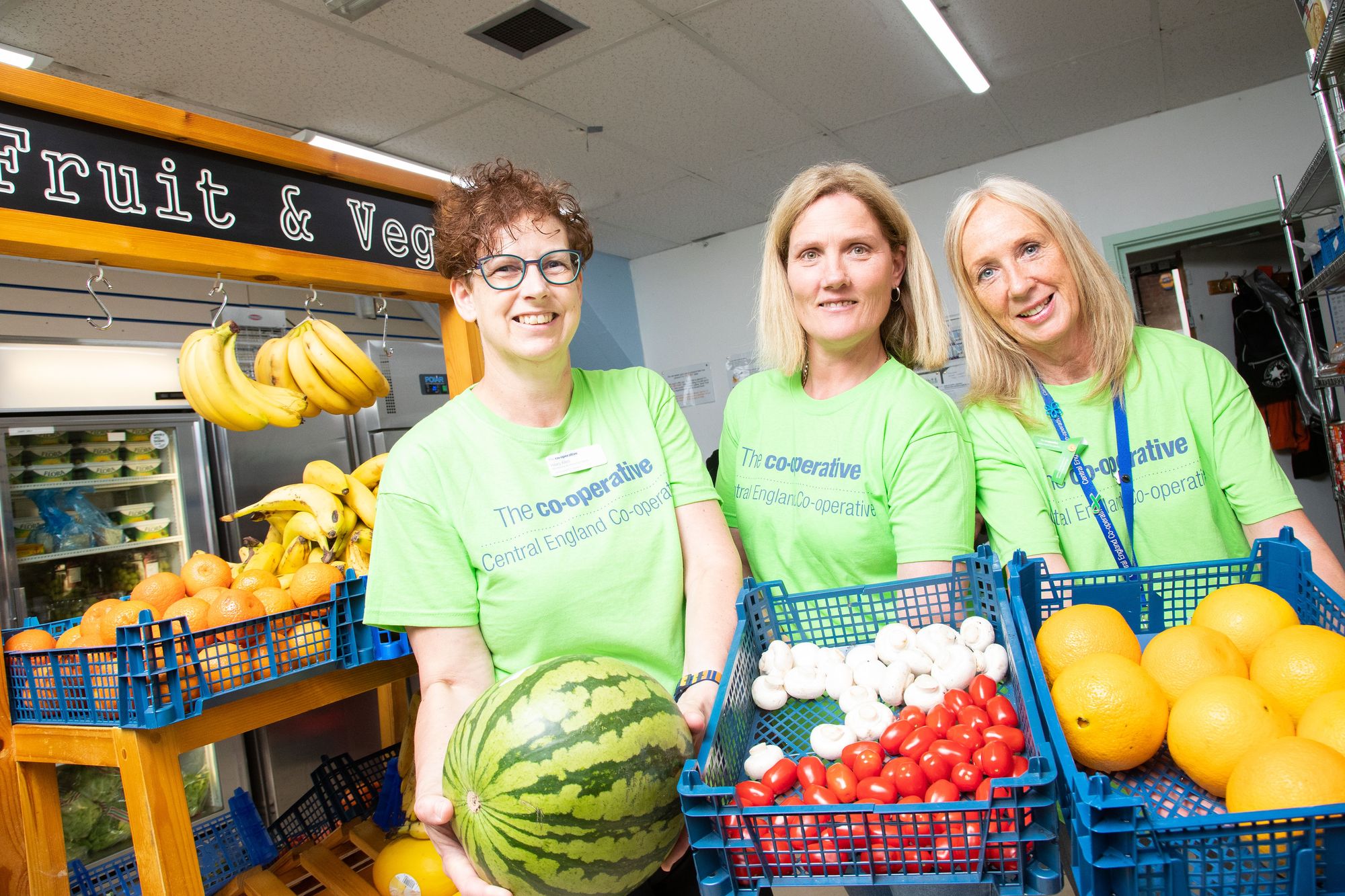 A city centre shop which provides emergency food to people in need is being supported by volunteers from Central England Co-operative to mark Co-op Fortnight.

Colleagues and members are giving up their time to support the Action Homeless Food Stop in Leicester, as an act of ‘co-operation’ during the two-week campaign which aims to raise awareness of the co-operative movement and how it supports communities.

The shop in Malcolm Arcade is staffed by a team of dedicated volunteers and relies on donations of food from retailers, one of which is Central England Co-op.

Karen Bevan, Member and Community Relations Officer at Central England Co-op, is among the volunteers stacking shelves and supporting customers.

She said: “During Co-op Fortnight, the whole co-operative movement is being encouraged to join in two weeks of mass co-operation to spread the co-op word and share the values that make our businesses different.

“As a community retailer we welcome any opportunity to make a difference in the communities we serve and we have a great partnership with the team at Action Homeless, helping to support people and families in times of crisis to ensure they do not go hungry.

“Myself and fellow colleagues and members from the Member and Community Council (MCC) at Central England Co-op were really keen to mark Co-op Fortnight by helping out at the Food Stop, having seen the great work they do for those in need.

“I have found it to be a really eye-opening experience and have been so impressed with the commitment and compassion shown by the full-time volunteers at the shop.”

Tim Adkins, Crisis Food Manager at Action Homeless, thanked the Central England Co-op volunteers for their support and for a special donation of much-needed toiletries they brought along on the day.

He said: “It’s great that the volunteers from Central England Co-op have chosen to support us in this way and we continue to appreciate the Society’s ongoing backing for this important project.”

Co-op Fortnight continues until July 7 and Central England Co-op has marked the campaign by giving dozens of its own member groups, local projects and good causes the opportunity to head into its food stores to promote, raise awareness or gather support for their local causes.

The retailer has also launched a food bank ‘shopping list’ across its 244 food stores, encouraging shoppers to pick one up before they start their shop and donate a few of the key items requested by the Society’s food bank partners.

To keep up-to-date with all the activities taking place during Co-op Fortnight 2019 and to find out more about Central England Co-op membership visit www.membershipmatters.coop