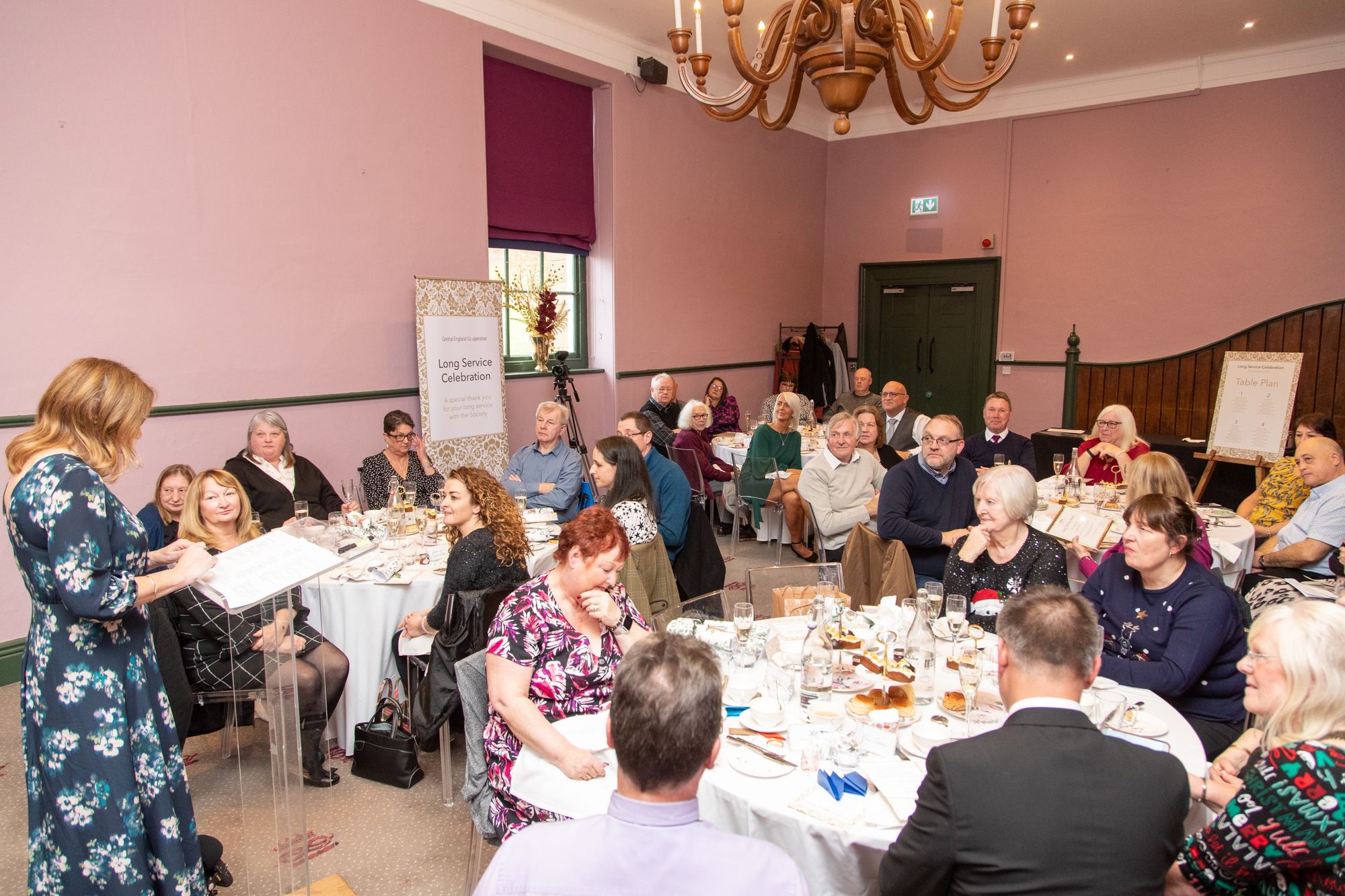 A special celebration event has been held to recognise 72 colleagues who were honoured for a combined 2,310 years of long service.

Colleagues from all areas of the Society were invited to the event which took place at Chatsworth House in Derbyshire and those in attendance were able to enjoy the festive atmosphere at the famous stately home alongside a special ceremony to mark their fantastic service.

We hold Long Service Awards every year to thank and reward employees for their hard work, loyalty and service to the Society, customers and members and includes a special afternoon tea in the picturesque setting at Chatsworth.

However, due to the pandemic the event could not be held last year so those who reached their milestones in 2020 were also invited along to this year’s event.

The 74 colleagues recognised at the event have reached the landmark of 30 or 40 years this year or last and are from all areas of the Society, including food stores, funeral homes and its distribution centre, in Leicester.

Among those recognised was Robin Farrell, Head of Distribution and Logistics based at the Society’s Distribution Centre in Leicester who has reached 40 years of service with Central England Co-op.

Sarah Dickins, Chief People Officer at Central England Co-op, said: “It was wonderful to spend time with so many colleagues who embody our values and principles and who have shown such commitment to our Society. Their level of dedication is incredibly humbling and deserving of our recognition.

“After not being able to celebrate the milestones in person last year due to the pandemic, it has been such a pleasure to invite those colleagues who missed out and celebrate with them too for their incredible service.

“I am so very proud to be part of a co-operative society with such a fantastic record of long serving colleagues.”