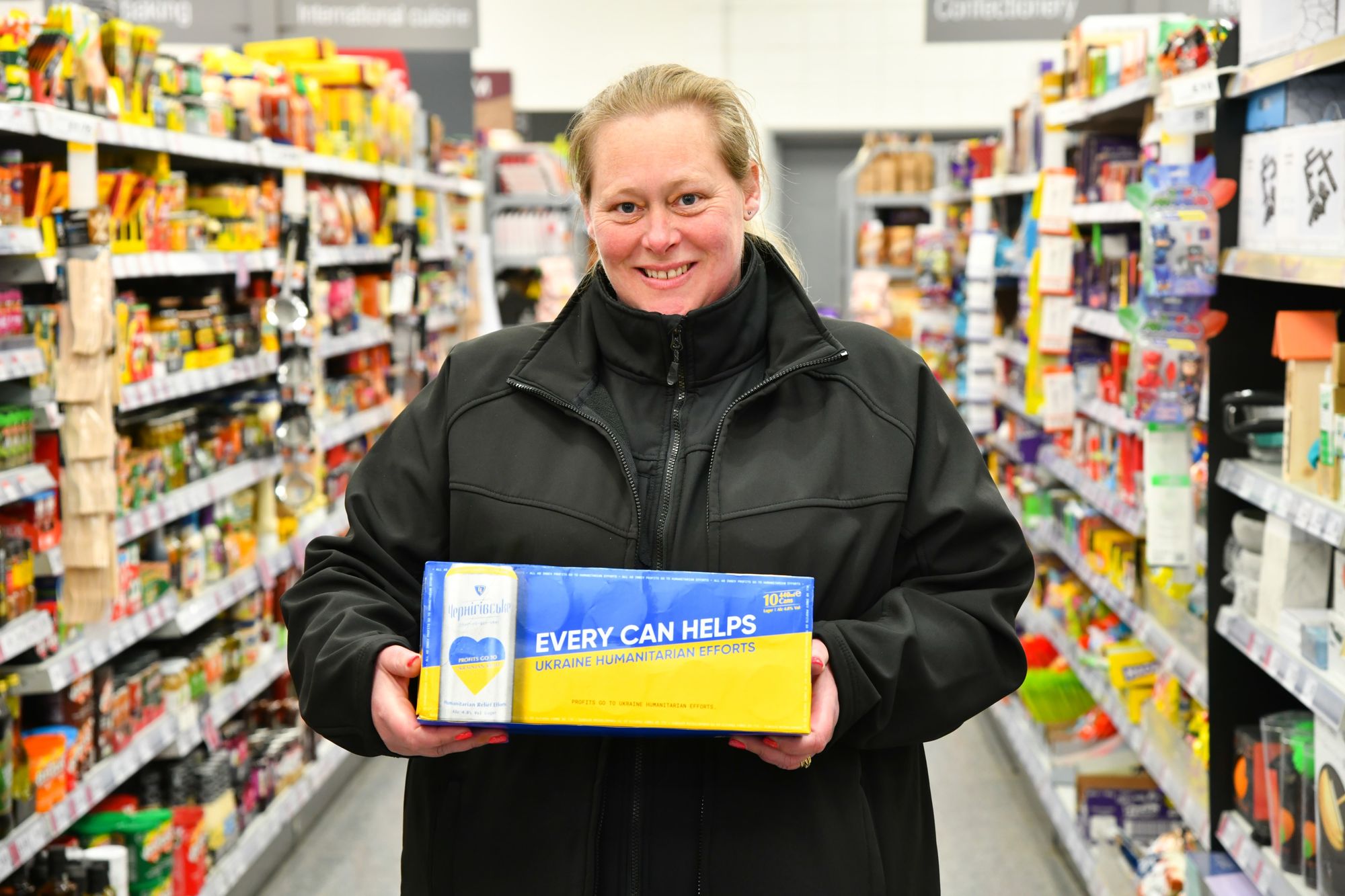 Central England Co-op customers can now show their support for humanitarian relief efforts in Ukraine by picking up a pack of the country’s most-loved beer.

The retailer is now stocking Chernigivske, popularly known as ‘Che’, in all of its 260 plus food stores across 16 counties as part of a campaign by the Budweiser Brewing Group which is seeing it donate all profits to relief efforts to support their colleagues in Ukraine.

Budweiser employ 1,800 Ukrainian people to work in breweries in the Ukraine where Che is brewed, and they are vital part of those communities.

Some of these breweries have been hit with missiles and are no longer operational. To support their colleagues, Budweiser have paid them their annual salaries upfront to help them in their plight to get to a safe place, helping them transfer to other Budweiser breweries in other countries where they can begin to start a new life.

Budweiser have also now created a special 10 pack of the Che lager committing all profits from this pack to the humanitarian efforts and are hoping to raise at least £5m to help the Ukrainian people.

Central England Co-op is backing the campaign by stocking the special pack and is also continuing to give its customers and members the opportunity to support the Disasters Emergency Committee (DEC) Ukraine Humanitarian Appeal in store.

Since it introduced the option to donate in store to the appeal last month, over £17,500 has already been donated by kind-hearted shoppers.

Store Manager Jamie Joyce said: “Everyone has been shocked and saddened by the events unfolding in Ukraine and all our communities have shown their desire to do what they can to support those impacted by the conflict and that has been highlighted by how they’ve given to the DEC appeal in store.

“We’re delighted to now stock the special pack of Che lager in our stores and it’s a really great campaign by Budweiser which we’re proud to support.”

The special 10 pack of Che lager is available in all Central England Co-op stores now priced at £10.