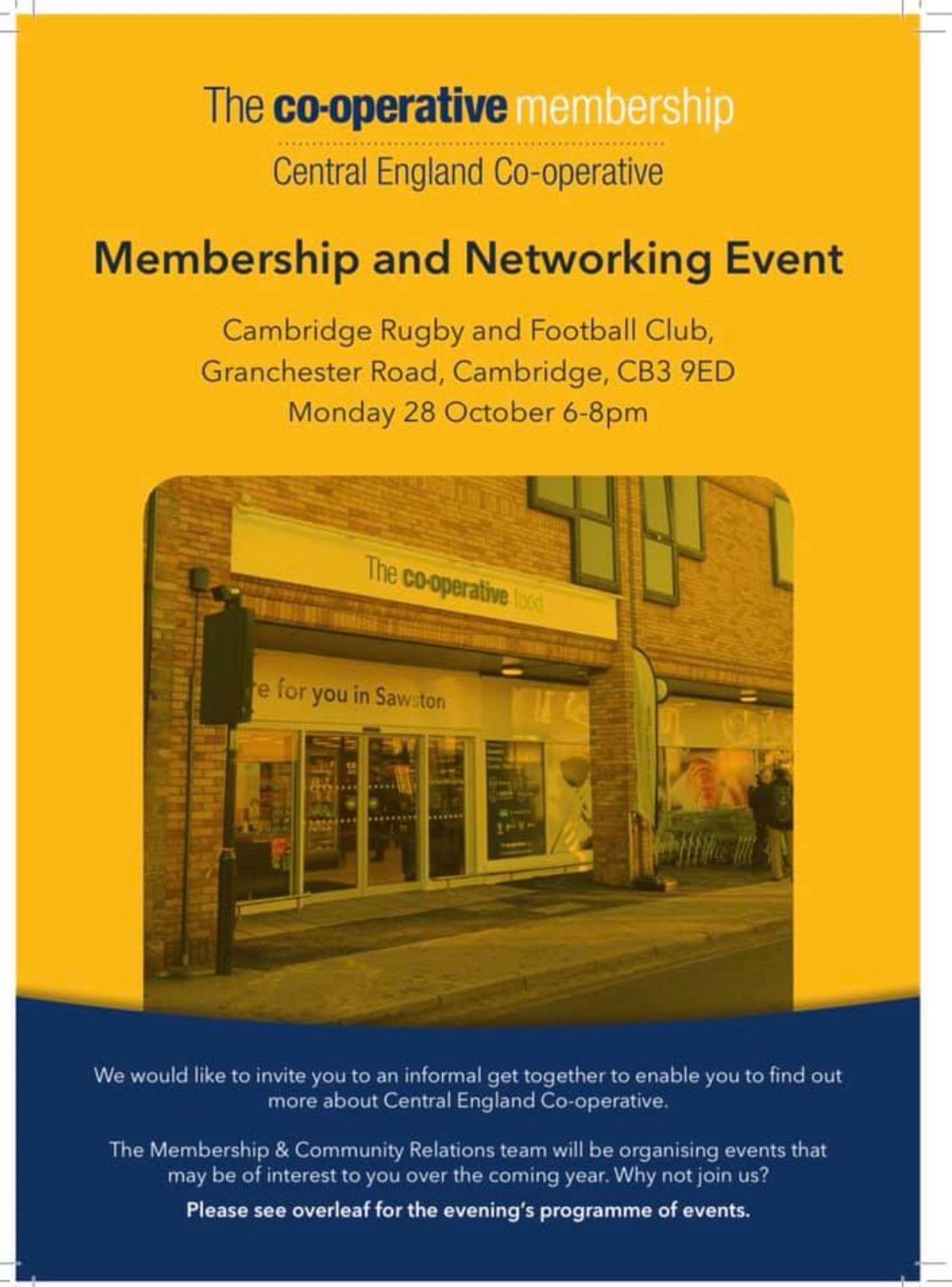 Our Mini Meeting and Networking Event was held at Cambridge Rugby and Football club. Some great new community contacts were made for the region. The Eastern MCC are looking forward to working and forging new partnerships with the Rugby Club, Everyone Health and more......

Talks were given by The John Huntingdon Charity and The Woodcraft Folk followed by a discussion to gain ideas and opportunities for us to support in the local communities.

We then had some brilliant entertainment from The Blue Clovers Band, singing songs with Co-operative values. An excellent choice of homemade dishes was enjoyed by all.